Simon Cowell's mother, Julie, admits she hasn't seen her son's fiancee, Mezhgan Hussainy, ''for months'' so has no idea if they're still engaged. 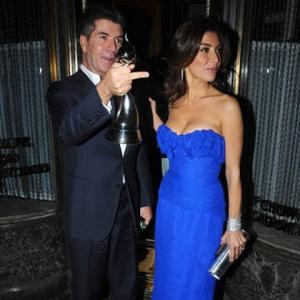 The music mogul recently said he was "not sure" whether he was still engaged to make-up artist Mezhgan Hussainy and his 86-year-old mum, Julie, says she has no idea what is going on in the 'x factor' judge's love life.

She said: "I honestly don't know, I've hardly seen him. I saw him three days last week and he was working constantly, of course, every day in the studio while he was here. I met him briefly for dinner and he didn't discuss anything with me. He's very private, Simon, about his personal life. He won't talk about it, so I'm as much in the dark as everyone else.'

"I haven't seen Mezhgan for months - she's been In America all this time and I don't know if she's working or what, because she has her make-up company and is very busy and I've been on holiday, but she hasn't rung me for weeks. Mezhgan used to call me when she first went back to America a couple of times, but she is busy and I'm busy."

While Julie would like to see 51-year-old Simon - who got engaged to Mezhgan last year after a whirlwind romance - settle down, she refuses to interfere in his life.

She told the Daily Mail newspaper: "I would like Simon to settle down one day, but I know my son and he's very private regarding his personal life so if he wants to tell me something, I presume he will.

"I do not quiz my son, it's the one way to make yourself unpopular as a mother. You have to wait and be told."

When asked by radio DJ Howard Stern if he was still engaged to Mezhgan during an interview this week, Simon replied: "I'm not sure. I get embarrassed talking about [personal] things."