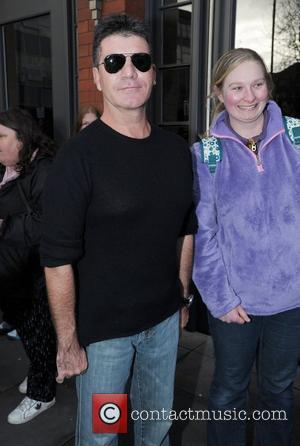 Picture: Simon Cowell The judges of Britain's Got Talent leaving their hotel to head to the 'Britains Got Talent' auditions of 2012 Manchester, England -...

Ever since Simon Cowell revealed that he and partner Mezhgan Hussainy had got engaged back in February 2010, the reality show mogul hasn't shown a whole heap of enthusiasm about the impending matrimony - and now it would appear that he hasn't done a great job of masking his true feelings, revealing that he's now on a break from Hussainy, even going on to say that he regretted calling her "the one" on Piers Morgan's Itv show 'Life Stories.'
"It's quite a complicated relationship. We have had a break from each other, and we are still incredibly close," the 52 year-old told UK newspaper the Daily Mirror, adding "I'm vulnerable. It's not on, it's not off, it's somewhere in the middle. I don't know if I will ever get married, but I am happy." Referring to his now infamous belief that Hussainy was the one for him, he commented, "I have been pretty good about not talking about my private stuff, but I got caught up in the moment."
The omens don't look good for Hussainy though, who met Cowell when doing his make up on the 2003 series of 'American Idol' and started dating him in 2009. She's believed to have moved out of his L.A. mansion and into another home nearby, the place that friends of his notoriously call the "girlfriends graveyard" after one of his ex's Terri Seymour stayed there following their split in 2008. Cowell admitted that he does help his ex girlfriends financially, stating "I don't pay them off, but if you have been with someone long enough, there is a responsibility." Hussainy may well be hoping that she doesn't receive a cheque through in the post.