Simon Cowell comments on being a first-time father: "I was born to be a dad." 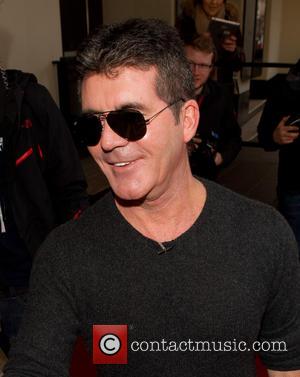 Simon Cowell's new role as a father is what he was born to be.

The music mogul sat down with Extra for his first interview since baby Eric was born on Valentine's Day (Feb 14th) at a New York hospital.

Even though his first son is only a month old, Cowell has already thought about the possibility of having more children.

"I was born to be a dad," Cowell told Extra. "I wouldn't rule out [more children]. Well, I got Squiddly and Diddly, and I couldn't imagine Squiddly or just Diddly.I had a brother when I was younger, so I kind of think it's cool to have two or three.two."

The 54 year-old also revealed he was close to missing the Eric's birth after Lauren Silverman, the mother of his child, rang from New York to say "I'm about to give birth."

"Phone rings at half past five in the morning, 'I'm about to give birth [said Lauren],' so we had to find a flight, which we did, and I got there with two hours to spare," he was filming auditions for 'Britain's Got Talent' at the time.

Cowell admitted to crying when the magical moment finally happened, but prior to the birth he did contemplate if he will love the baby straight away.

"I actually said to Lauren beforehand, 'What if I like the dogs more than him?' and she said, 'You're gonna be absolutely fine,' and then literally within seconds of him being born, I got it," he said.

The good news is, both parents are all fine, but Silverman is apparently harder to look after then Eric at the minute.

"Lauren's actually been crying more than Eric, so I've had to put one of those pacifiers in her which she likes. Has to be fed every three hours, otherwise she gets a little bit grumpy, and Eric's absolutely fine," Cowell added.

Baby Eric is se to go on his first big adventure soon, as Simon is taking him across the pond to meet his grandmother for the first time, who is "really excited" according to Mr. Cowell.