Simon Cowell has reportedly agreed to his fiancee Mezhgan Hussainy's pleas to start a family. 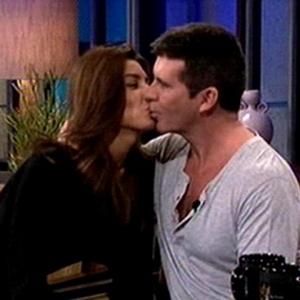 Simon Cowell is ready to become a father.

The 50-year-old music mogul has reportedly agreed to fiancee Mezhgan Hussainy's requests to start a family, and the couple plan to begin trying to conceive in the near future.

A friend of the make-up artist said: "She's already told her friends: 'I want to have Simon's baby - and I'm not prepared to wait much longer.'

"She said last week that she will start trying before the end of the year and that Simon is up for it."

Simon and Mezghan - who got engaged in February - were originally believed to be planning to marry this summer, but after delaying their nuptials, the brunette beauty is determined to carry out her plan to have children as soon as possible.

The friend revealed to Closer magazine: "Simon doesn't want to rush into a summer wedding so Mezghan wants to move on to the next big project, which she says is becoming a mum.

"Mezghan thinks he'll be a great dad, but she's worried he might change his mind about wanting a baby as he was so anti the idea before."