Simon Cowell is keen to introduce his pregnant lover Lauren Silverman to his mother Julie Brett in order for the pair to strike up a bond. 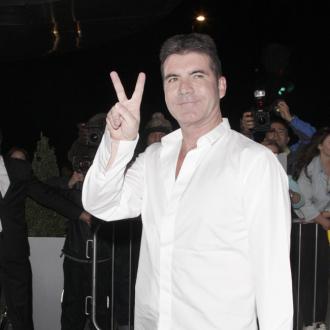 Simon Cowell is to introduce his pregnant lover to his mother.

The music mogul has arranged for Lauren Silverman to jet across to the UK with him in order to meet his mum Julie Brett after the news broke that he is expecting his first child with the New York socialite following a passionate affair.

A source told Closer magazine: ''Lauren is flying to the UK to be formally introduced to Simon's mum. He's more nervous about that than becoming a dad! Simon's mum is the boss.

''He wants her approval, and for Lauren and Julie to become close. It means everything to him that the two most important women in his life form a good bond.''

The 53-year-old star has agreed to give the brunette beauty her own £10 million mansion on the Trousdale estate in Beverly Hills as well as renting her a £15,000-a-month apartment in New York City following the finalisation of her messy divorce from ex-husband Andrew Silverman, which saw her agree to a £1.3 million settlement and joint custody of their seven-year-old son Adam.

The source added: ''Simon sees Lauren as family now and says they have a bond for life. He wants to do everything in his power to honour her and their child.''

Simon has remained tight-lipped on his feelings for Lauren - who is believed to be 11 weeks pregnant - but pals say 'The X Factor' boss is keen to tie the knot with her in order to be a proper family.

The source explained: ''Simon's playing his cards close to his chest, but it's clear he has deep feelings for Lauren. Marriage isn't such an off-limits idea and Simon's mum would want that for him.''