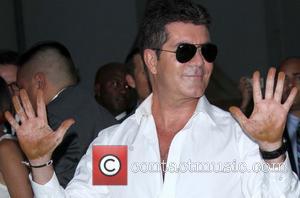 Simon Cowell has issued an X Factor S.O.S to former judges Sharon Osbourne and Dannii Minogue, whilst persuading Louis Walsh to stay on for further seasons. Cowell has asked both female stars to return to the show, while he would make regular guest appearances.

According to The Sun, if either star refused to return, Cheryl Cole would be in line for another bash at the UK show. A show source said, "The first three series relied solely on genuine British talent and a chemistry between the judges that simply hasn't been there since Sharon left. By series three they had produced an international star with Leona Lewis and the show had real credibility." Though the latter point is debatable, The X Factor certainly appears to have descended into farce in recent years, with Gary Barlow feuding with Tulisa Contostavlos every week and Louis Walsh telling every act, "You remind me of a young Boyzone," as if a robot programmed with only one stock phrase. Last week's Halloween themed show was down 200,000 on the previous week's viewers and Cowell appears ready to take drastic measures. Cheryl's agent has denied she had been approached, while Sharon's spokesman said, "She is always open to good suggestions."

The last time Cowell, Osbourne, Walsh and Minogue were behind the judging desk, this happened: