Simon Cowell told to stay away from Lauren

Simon Cowell has been ordered to stay away from his pregnant lover Lauren Silverman until her messy divorce from his former friend Andrew Silverman has been finalised. 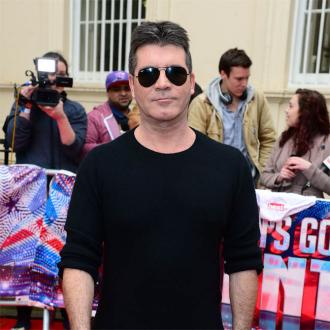 Simon Cowell has been ordered to stay away from his pregnant lover Lauren Silverman.

The music mogul is expecting his first child with the New York socialite - the estranged wife of his former pal Andrew Silverman - but has been urged by his lawyer Marty Singer to ''keep his head down'' until Lauren's messy divorce has been finalised.

A source told the Daily Mirror newspaper: ''He doesn't want to create any more difficulties than there are already. None of this is easy, but it wouldn't be helped by Simon getting involved at this stage.''

The 'X Factor' boss spent Saturday night (03.08.13) at a One Direction gig in Las Vegas, Nevada, where the cheeky boy band, which he mentors, and their manager kept him busy in a bid to take his mind off the scandal.

A source said: ''Simon was much quieter than usual, he clearly has a lot on his mind. He went and surprised the One Direction boys though and chatted to them later.

''They were giving him a little light-hearted banter and Simon made some quip about them not following suit and getting girls pregnant.

''He put on a brave face but Simon is in a very dark place. This has all hit him hard. At the moment he just wants to get away from everyone and have some down time.''

The 53-year-old star is expected to jet out to his £45 million privately rented yacht in St Tropez, France, this week, but his ''harem'' of exes - including Sinitta, Terri Seymour and Mezhgan Hussainy - will not be on board as he takes some time away from everyone to gather his thoughts.

A source said: ''The break away may be just the tonic Simon needs.''