Simon Cowell has revealed he's considering having a second baby because he's loved every minute of fatherhood since having his son Eric. 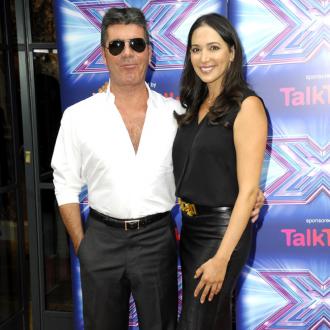 Simon Cowell wants to have another baby.

The 55-year-old music mogul has 12-month-old son Eric with his partner Lauren Silverman and Simon admits fatherhood has been such a joyful experience he's considering giving Eric a young sibling.

Speaking to the new issue of heat magazine, he said: ''I wouldn't rule anything  out right now. Eric's been adorable, so maybe. I just don't make plans any more, we'll see what happens.''

Simon admits settling down and starting a family has all been a surprise for him but he's loved everything about the last 12 months.

He added: ''The last year has been kind of unexpected but good, I'm enjoying it.''

The 'Britain's Got Talent' judge - who celebrated Eric's first birthday on Valentine's Day (14.02.15) - recently admitted fatherhood had so far been a lot easier than he had imagined it would be.

He said: ''I love being a dad. It's been easy and I can't believe it's a year already. It's gone by, like, snap, but he's a fantastic little boy ... I had no idea what it was going to feel like to be a dad and I was always nervous about babies. I didn't know what to do with them. But actually, when you see someone day by day becoming, you know, more smart and doing different things and recognising you and now talking, I mean ... it's an incredible feeling.''