Simon Cowell's friend Sinitta fears the TV star won't go through with his wedding to Mezhgan Hussainy, and that if he is ''true to himself'' he won't. 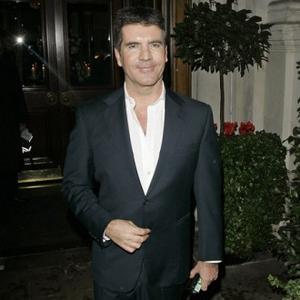 Simon Cowell's close friend Sinitta fears he won't go through with his wedding.

The music mogul's ex-girlfriend believes Simon - who proposed to make-up artist Mezhgan Hussainy on Valentine's Day (14.02.10) - may not end up walking down the aisle.

She told the Daily Mirror newspaper: "I really don't know if he will go through with it. If he is really true to himself he probably won't."

Simon is said to not be enjoying the attention his engagement has attracted and is growing tired of all the big day speculation, which include him and Mezhgan planning four ceremonies.

A source said: "He's a bit overwhelmed by the whole marriage thing and has no plans at the moment. He hates everyone talking about it."

Sinitta - who has stayed close friends with Simon since splitting from him - was shocked when the 'American Idol' judge got engaged.

The 80s pop star added: "He always said he never wanted to get married. He surprised us all."

Previously speaking about his nuptials, Simon insisted nothing definite had been decided yet by him or Mezhgan.

The 50-year-old star said: "When Mezhgan and myself decide the time is right, we will make out own plans.

"I just want to clarify the situation because I keep reading about different people planning our wedding."