The talent show returns to our screens this Saturday (August 29th).

‘X-Factor’ viewers have been granted even more power this year, as for the first time ever they’ll be the ones choosing which category each judge will mentor. Voting will open during the show’s first episode this Saturday on ITV and will take place on twitter. 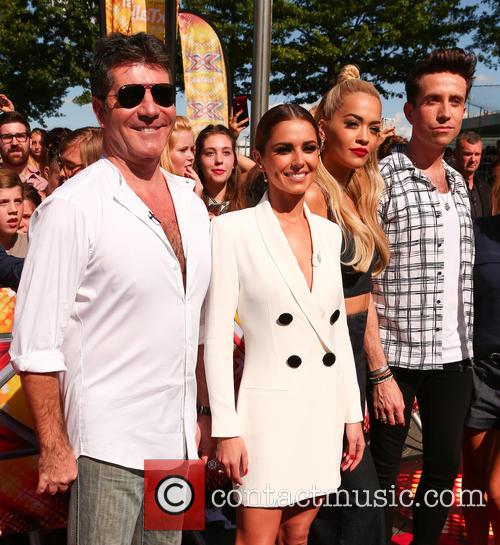 The ‘X-Factor’ judges will have their categories picked for them thanks to a viewer vote.

Viewers will be able to vote by using the hashtag with the name of a judge and the category they want to see them mentor, for example #CherylBoys #CherylGirls #CherylGroups #SimonOvers. Voting closes at 12pm on Tuesday 1 September.

Judge Cheryl Fernandez-Versini has already made it clear which category she’d like to mentor- the groups. “The Groups this year are the best they have ever been. We have got three groups that I would take, right now from their first audition, straight through to the live shows and I would have no qualms about doing that. No fear,” Cheryl said.

But Cheryl has some competition as new judge Rita Ora also has her eyes on the groups. “For some reason the Groups are so powerful, they are literally on fire,” Ora said. “The Girls are through the roof, so it’s between those two, the Girls and the Groups. I’m putting a good word out there.”

However Simon Cowell hasn’t started campaigning for any category yet, instead insisting they’re all strong this year. “Are they all campaigning for the strongest category already?” Cowell said. “Interestingly, there’s no weak category this year.”

The talent show is now in its 12th series and sees new judges, singer Rita Ora and DJ Nick Grimshaw, joining the panel this year alongside Simon Cowell and Cheryl Fernandez-Versini. The new series will also see the Judges’ Houses round broadcast live for the first time ever from four locations around the world.