British Actor Simon Pegg Turned Down A Role In Hit Fantasy Series Game Of Thrones Because He Does Not Want To Ruin The Magic By Appearing In His Favourite Show. 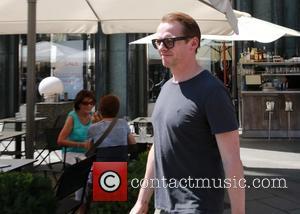 The Star Trek castmember admits he is a big fan of the drama, but he declined the chance to make a guest appearance.

Pegg explains, "I'm a filmgoer as much as a film actor. Someone asked me the other day if I wanted to be in Game of Thrones, and I said 'No'. The reason was because I love the show so much that I don't want to see behind the curtain!"

Other stars to have made guest appearances in Game of Thrones include Coldplay rocker Will Champion, who played a musician at a wedding, Wilko Johnson, who portrayed executioner Ilyn Payne, Snow Patrol frontman Gary Lightbody, who was a singing solider, and Icelandic rockers Sigur Ros, who appeared as entertainers at the wedding of King Joffrey.