Simon Pegg would love to be a Bond villain so he could spend more time in the company of cats. 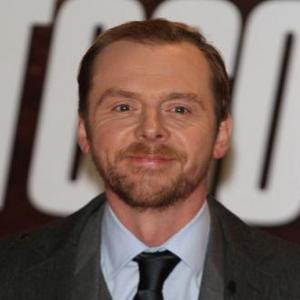 Simon Pegg wants to be a Bond villain.

The 'Star Trek' actor believes he is too regularly cast as a good guy in films and would love the opportunity to play an iconic baddie such as Dr No, who was famed for his love of felines.

He told the Daily Express newspaper: ''I generally get hired to play nice people but I'd love to play a bad guy. I'd like to be a Bond villain and I like cats so it would be great to have a job that I had to hold a cat a lot.

''My wife is allergic so I don't get to spend a lot of time with cats.''

However Simon - who has also starred in 'How to Lose Friends & Alienate People' and 'Mission: Impossible - Ghost Protocol' may have a problem with the sexy Bond girls in any such film as he has previously stated he has to remind himself he is married when he is working around Hollywood beauties.

He said: ''I get to work with a lot of lovely girls. I have to keep reminding myself what a wonderful wife I have. When you have to kiss Kirsten Dunst and Megan Fox, it's an odd profession to be in. You have to remember it's not because they like you.''