By Andrew Lockwood in Music Reviews on 23 December 2019

For her first gig in the capital in four years, and her last of the decade, Sinead O'connor made a triumphant return to the stage when she played to a sold-out crowd at Shepherd's Bush Empire. In the ensuing four years, besides her recent appearance on Good Morning Britain, Sinead has continued to battle well-documented mental health issues, lost custody of one of her children, courted more controversy, become a grandmother and converted to Islam. One constant, however, has remained; her quite brilliant voice.

Sinead may have changed her name to Shuhada Sadaqat as part of her religious conversion but as a performer she is still using the name Sinead O'Connor. That is what was spelt out across the facade of the iconic Shepherd's Bush Empire for Sinead's one and only London date before she takes her tour on into Europe and then America in 2020. Playing without a support act, and to a very enthusiastic, adoring and captivated crowd, Sinead couldn't have put on a better show. In a full-length dress and hijab, a barefooted Sinead looked relaxed and content throughout. There was no religious or political comment at all during the entire evening; the closest Sinead came was to say, "I think you'll like this one" ahead of performing 'Black Boys On Mopeds'. The opening 'Margaret Thatcher on TV' lyric still clearly resonating with her audience.

O'Connor opened up with her well-worked cover of John Grant's 'Queen Of Denmark'. From the first note she sang you almost knew that it was going to be a stand-out performance. Sinead was calm, centred and serene as she sang through a set that showcased a 'best of' in what was to be quite a special night. There was power and passion aplenty as Sinead, and her very accomplished band, delivered up rousing takes on '4th And Vine', 'Harbour' and 'Take Me To Church' but it was during the quieter songs that Sinead really shone and connected with her audience.

It follows her conversion last month to Islam, and some inflammatory comments last week that she admits were "racist".

Sinead O’Connor has returned to Twitter a week after saying that she never wanted to spend time with white people again, explaining that she was coming back because she loves to “annoy white supremacists”.

The 51 year old singer wrote in a series of tweets last week, which even she acknowledged was racist at the time: “I’m terribly sorry. What I’m about to say is something so racist I never thought my soul could ever feel it. But truly I never wanna spend time with white people again (if that’s what non-Muslims are called).”

Now, however, she claims that she made the comments because “f*****g idiots” had been spamming her, and that she had hoped to get her Twitter account removed, thereby stopping her from having to hear from them.

O'Connor has also changed her name to Shuhada, embracing the Muslim faith and turning her back on Christianity.

Sinead O’Connor has announced that she has converted from Christianity to Islam.

The 51 year old star, who is best known for her 1990 hit cover of ‘Nothing Compares 2 U’, said that her decision was “the natural conclusion of any intelligent theologian's journey”, and uploaded a video of herself singing that adhan, the Muslim call-to-prayer. O’Connor announced on Twitter that she had changed her name to Shuhada Davitt – meaning ‘martyrs’ or ‘witnesses’ in Arabic - and she thanked fellow Muslims for their support.

Sinead O'Connor breaks down in heart-breaking video about mental illness.

One of Ireland's greatest singers of all time, Sinead O'connor, has released a heart-breaking video on social media begging her family to come and get her and explaining about how the stigma of mental illness is making it a struggle every day to keep on living. The 'Nothing Compares 2 U' singer looked deeply distressed as she sat in a Travelodge motel in New Jersey, where she is currently living having lost her apartment, talking about how she's been left alone for two years by her family with no-one to care for her but her psychiatrist as she suffers from three different mental illnesses.

Continue reading: One Of Millions: Why We Need To Show Support For Sinead O'Connor

Shortly after Prince died in April 2016, Irish singer O'Connor claimed that Hall had given drugs to the singer.

Sinead O’Connor has publicly apologised to comedian Arsenio Hall this week, for claiming last year that he had given drugs to the late singer Prince and insinuating that he had had something to do with his death.

Taking to her official Facebook page on Wednesday (February 22nd), the 50 year old singer retracted her accusations and wrote: “I apologize for my Facebook posts about Arsenio Hall to the extent that anyone thought I was accusing him of acting as Prince’s drug dealer and supplying him with illegal hard drugs, or insinuating that Arsenio had something to do with Prince’s death.”

“I sincerely apologize because those statements would be false, and I retract them unequivocally,” her brief post continued.

In the eyes of Sinead O’Connor the reality star has no business covering the latest issue of Rolling Stone magazine.

Sinead O’Connor has made her feeling very clear over Rolling Stone's choice of Kim Kardashian as the magazine's latest cover star. The outspoken singer posted an expletive fill rant on her Facebook page blasting the iconic magazine for using Kardashian on the cover, while declaring, ‘music has officially died’. ‘What is this c**t ("I don't smile much because it causes wrinkles") doing on the cover of Rolling Stone? Music has officially died,’ O’Connor wrote on her official page. ‘Who knew it would be Rolling Stone that murdered it? Simon Cowell and Louis Walsh can no longer be expected to take all the blame. Bob Dylan must be fucking horrified. #BoycottRollingStone #AGenerationIsBeingGroomedAndSilenced’

The 47 year-old singer feels the public perception of women with mental health "is notoriously abusive."

Irish singer Sinead O'Connor was very touched by the sympathy the general public have shown the late Robin Williams and his family after news broke of the legendary comedian's suicide this past Monday (Aug 11th), but she wishes young women with mental illnesses would receive the same compassion. The Oscar-winning actor, who had suffered with depression in the past, was found in his bedroom, fully clothed, and gently suspended in a seat with a belt wrapped around his neck, with one end wedged between the door and the frame of his closet. 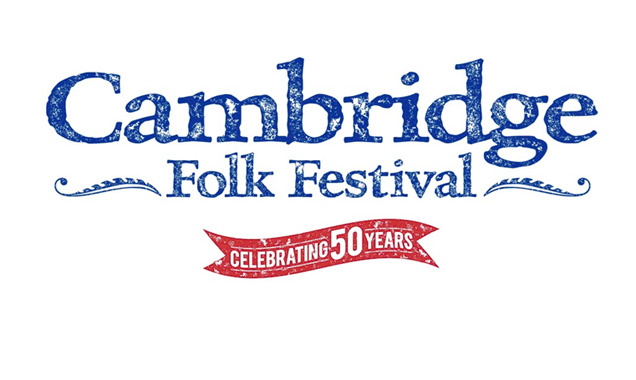 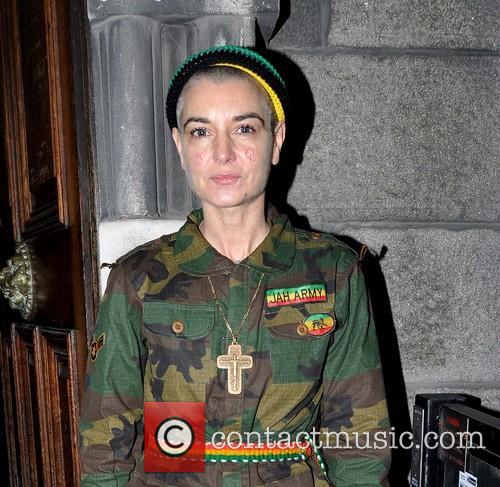 Sinead O'connor - Sinead O'Connor at Trinity College dressed in camouflage. O'Connor is on hand to debate on the Catholic Church with the Historical Society. Archbishop Diarmuid Martin was scheduled to attend as well but canceled. - Dublin, Ireland - Wednesday 12th February 2014 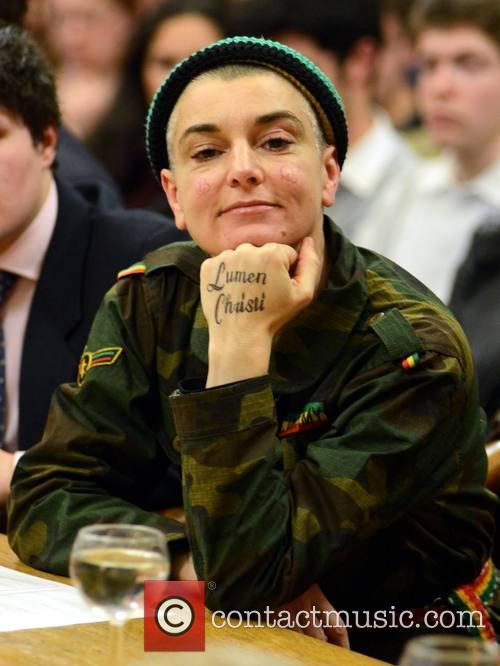 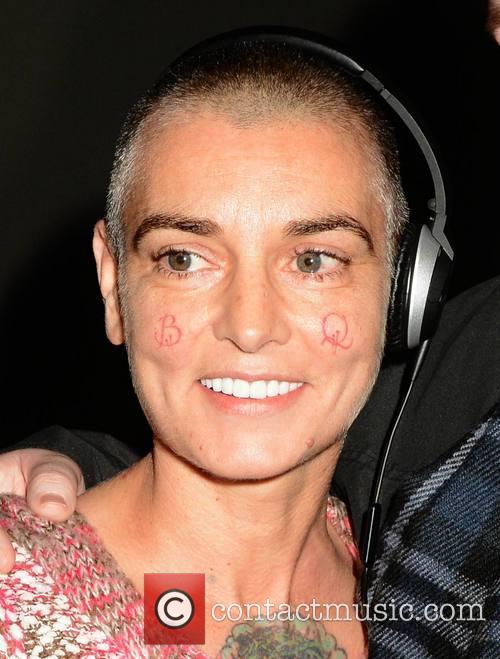 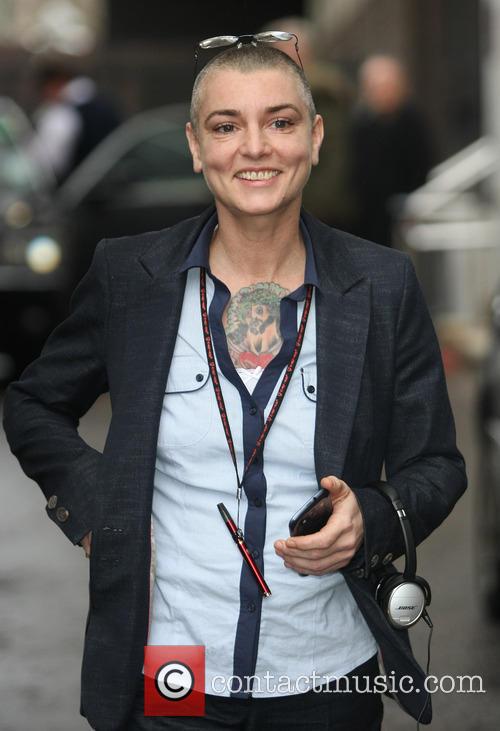 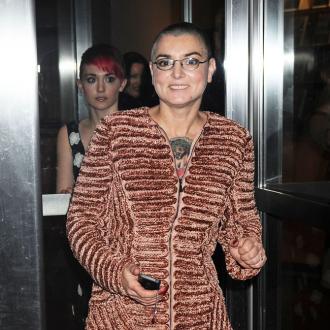 Sinead O'connor Is A Grandmother 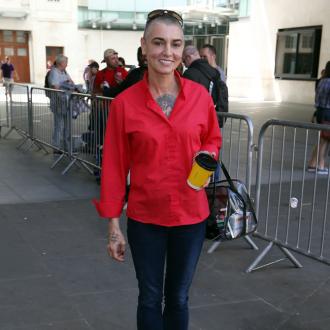 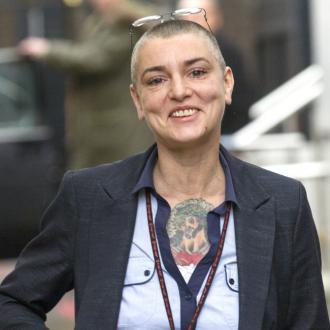