Sinead Oconnor - How About I Be Me (And You Be You)? Album Review

Review of How About I Be Me (And You Be You)? Album by Sinead Oconnor

In these days of media overload, Internet intrusion and social networking links, it can be increasingly difficult to separate out content and quality from personality and perception. You sometimes can't hear the music through the gossip and tittle-tattle. Partially this is because expressing an opinion about a subject beyond the normal remit of a musician is hardly ever received with universal acceptance. Whilst many may prefer to keep 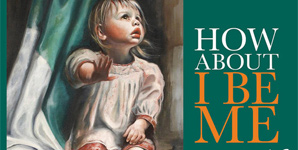 schtum and focus entirely on the music, others are more inclined to share their views. Sometimes this works to great effect but more often than not, however eloquently put, there is a backlash from some 'wronged quarter' or just a generalised opinion, more than likely thrust upon us via the likes of a Daily Mail editorial that in certain cases, these opinions would be better kept to themselves and the people offering them up are not entirely qualified to enter the debate.

Sadly having an opinion on some very emotive subjects has detracted from the music of Sinead O'Connor for far too long. For whatever reason, even given the subjects involved and how they can give rise to such strong and polarized views, it would seem that she has come off far worse than many of her contemporaries. Unfortunately, Sinead has also had difficulty with more personal issues which in turn have led to some wholly unreasonable conclusions. The fragility of her mental state may have been tilted past boundaries of accepted tolerability of late and that is unfortunate. Mental illness, if indeed that is what she has to deal with in some form, is slowly becoming less of a taboo subject but it is still clouded by misrepresentation and discrimination. Hopefully people can and will become more accepting and Sinead will maintain her free spirit and creativity. Maybe the musical world should take a leaf out of the film world and learn to be more forgiving. If they are prepared to move on and seemingly forgive the likes of Woody Allen, Roman Polanski and Robert Downey Jr, surely Sinead should be allowed her chance to speak out about the Church; Ireland; her health or even, heaven forbid, her own sexuality without that opinion in some way lessoning the credibility of her music. This time twenty years ago 'Am I Not Your Girl', one of the best covers albums ever recorded, reached #6 in the UK album charts and Sinead O'connor was the Rolling Stone magazine's 'cover girl' and 'centre fold'. Four years ago 'Theology', her last album, peaked at #157. (Compare and contrast that whilst trying to explain it away purely based on musical merit and you simply can't.)

Now is the time to once again start appreciating Sinead O'Connor for her musical artistry and legacy rather than for anything else, primarily because, 'How About I Be Me' is her best work since 2000's 'Faith & Courage' but also because she is worth it. Regardless of what she is singing (She could probably sing the contents of the phone book with more feeling and conviction than most people could sing a ballad) Sinead is still blessed with one of the most captivatingly beautiful voices in popular music, easily capable of rendering you speechless with her heartfelt interpretations - and she is still writing good songs.

'How About I Be Me (And You Be You)' is Sinead's 9th solo studio album and also rather fittingly serves to mark 25 years since the release of her debut album 'The Lion And The Cobra'. Although separated by a quarter century the albums share a commonality and continuity that sees Sinead re-energised. Clearly she has not lost the ability to expertly express her inner most thoughts, very often with harrowing intensity. Showing just how potent and powerful her delivery can be, Sinead manages to take you through a plethora of emotions. Surprisingly, to some, 'How About I Be Me' is shot through with positivity and hope. There is an obvious balance that has been established that counters Sinead's pent up frustration; hurt; inner turmoil and, in some cases, anger, with that of her more motherly; optimistic; tender and embracing side. Both are given near equal billing here, making the album a very interesting proposition.

The ten tracks are brought to life from the off with the up-beat, Reggae rhythmed, somewhat saucy love-in, '4th And Vine'. 'Reason With Me' then destroys that happiness with an uncomfortable tale based around the life of a Junkie criminal but with many a line that leads you to believe it could have more autobiographical references rather than 3rd party or fictional: "I really wanna mend my ways, gonna call that number one of these days...If I love someone I might lose someone...I don't wanna waste a life God gave me" etc. The slow build, thudding bass, occasional crisp but solemn piano and stirring vocal all complement each other to great effect. Reason With Me is a track that could easily have been taken from 'I Do Not Want What I Haven't Got'. The characteristically seismic guitar riffs provided by age old collaborator Marco Pirroni could lead you to take a similar view of Sinead's 'Old Lady'. The loving lament kicks in with gusto after its tender start providing a joyous celebration of Sinead's feelings for another: "One day he'll say that's my girl, the happiest words in the world, make me laugh like an idiot, not be so serious."

With religion playing such a massive part in Sinead's life, it would be a shock if we were not treated to a song that used just that as its inspiration and subject matter. 'Take Off Your Shoes' is that song on this album. When drawing on such themes, Sinead seems, if it were possible, to become even more possessed by the material that she is performing; making the whole experience even more dramatic. 'Back Where You Belong' softens her delivery slightly but there is by no means any emotional let up. More frank and open disclosure is poured out and laid on the line for the optimistic lyrics of 'The Wolf Is Getting Married' before anger and resentment rear their ugly head on the John Grant cover, 'Queen Of Denmark'. The schizophrenic nature of the track pings back and forth between demonic rage and controlled but obviously deep rooted hurt and despair: "Why don't you take it out on somebody else? Why don't you bore the shit out of somebody else? Why don't you tell somebody else that they're selfish? A weakling coward a pathetic little fraud..." The extremes of sensitivity and severity are brilliantly done and yes, it is a better version than the original.

'Very Far From Home', a sad tale of longing, loss and regret, the heart wrenching 'I Had A Baby' with its wonderfully deep bass line, spliced guitar and tormented vocals together with the provocative V.I.P close out the album. The stripped back singular extended violin notes and breathy vocal make for a hypnotic and fittingly chilling end.

How About I Be Me (And You Be You)? is a great album from a great talent. Sinead remains as individual, as effective and as wonderful as when she began. Her voice has lost none of its presence or power. Whether any of that will mean that the album gets the airplay or exposure which it deserves, only time will tell... here's hoping.