Review of The Party EP by Singtank 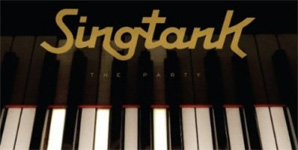 'The Party EP' is a taster of what is to come from the French band and based on these four tracks it will be a fruitful venture. Upon listening to the E.P it's easy to hear British acts were an influence on the band as Alexandre de la Baume sings in an almost English like accent. Pulp is one band that springs to mind.

The opening track, 'The Party,' is a foot stomping intro to this little EP and the high standard continued all the way through. At just over ten minutes 'The Party EP' is a short manifesto of what the band is capable of.

'Dicksmith' is a particularly luscious track with the ivories gently being tickled while the brother and sister duo sing in harmony. Cabrera adds to the whole vibe with his gentle drumming while gently nudging the song along nicely.

If the two opening two tracks had engaged the listener then the chorus of 'superstar' is surely the denouement of the EP which sees the vocals reach a pop like state of bliss akin to something along the lines of St Etienne.

There are very few cd's of this length that could as pleasurable to listen to as Singtank's 'Party EP.' All the elements blend together to make the listener wish it was longer than ten minutes. For now they will just have to settle for the repeat button. 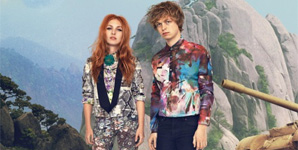