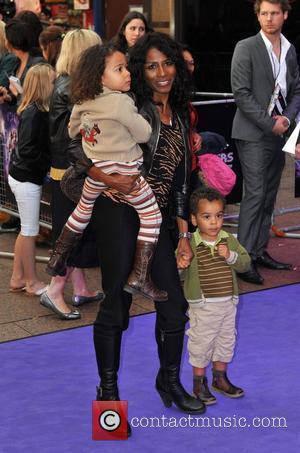 Former pop star Sinitta has the ideal man to help her through her recent divorce - ex lover Simon Cowell.
The 1980s pop star, who dated the music mogul sporadically over 20 years, parted ways with financier Andy Willner last year (08) shortly after he relocated to Hong Kong for business.
The So MACho hitmaker has been left "very sad" after starting divorce proceedings earlier this month (Jul09) - but has Cowell to thank for helping her cope with the heartache.
She tells Britain's Closer magazine, "Simon's been supporting me big time. But I've been trying not to turn up on his doorstep in tears too much. Just knowing he's there makes a huge difference.
"Andy's taking care of the kids in Hong Kong while Simon spoils me. He's told me to concentrate on all positive things in life so we'll be having fun - jet-skiing, reading, wining and dining.
"Simon's friendship is the most important in my life. I never knew my father and I don't have a brother or any uncles, so he's been the most constant man in my life since I was 14. I couldn't live without him."
But Sinitta has ruled out ever rekindling her romance with the American Idol and The X Factor judge, who split from his longterm girlfriend Terri Seymour last year (08).
She adds, "I'm everything he doesn't want! If he'd wanted marriage and kids we would have stayed together 20 years ago! I'm hoping he finds a new girlfriend soon - I'm just hoping that I'll get on with her. There have been a few who haven't liked me but luckily it hasn't worked out!"