Former Pop Star Sinitta Was Allegedly Assaulted With A Napkin After Meeting A Reality Tv Star At A Restaurant To Clear The Air Over An Online Spat. 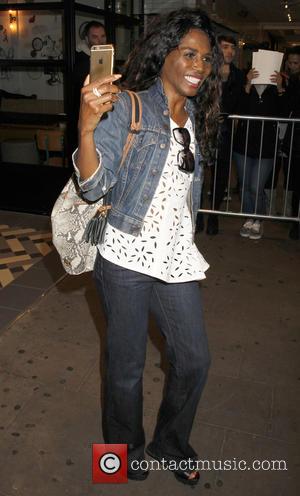 The So MACho hitmaker met up with Dawn Ward, who stars in U.K. series The Real Housewives of Cheshire, after they clashed on Twitter.com.

However, the discussion at a sushi restaurant in central London reportedly turned ugly and Ward is accused of shoving the star and throwing a napkin at her.

Police were called to the eaterie and Ward was later charged with assaulting Sinitta, whose full name is Sinitta Malone.

Editors at Britain's Daily Mail newspaper report that during a hearing at Hammersmith Magistrates' Court in London on Wednesday (23Sep15), prosecutor Kate Shilton said, "Miss Malone asked for the meeting to clear the air. Miss Malone says Ward was aggressive and there was a verbal argument and an alleged assault by striking Miss Malone while sitting down and throwing a napkin at her.

"There is CCTV and there is a description by the police officers who have seen the CCTV and they say it captures Mrs Ward push or shove (sic) Miss Malone and then throwing the napkin. There are no injuries."

Ward has pleaded not guilty to the charge and is due to stand trial next year (16).