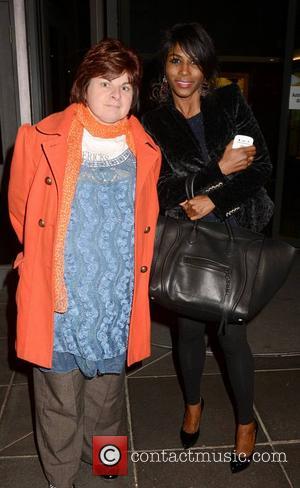 Picture: Sinitta - Celebrities arrive at RTE Studios to appear on 'The Late Late Show.' Sinitta revealed she once aborted a baby she was expecting with...

Eighties pop star Sinitta has sensationally claimed she underwent an abortion after she fell pregnant while dating Simon Cowell.

The singer, who dated Cowell on and off during the 1980s, has previously spoken about the termination, blaming the abortion for her subsequent inability to conceive children naturally and branding it a "curse".

Sinitta has now alleged Cowell was the father, telling Britain's Daily Mirror newspaper, "I know the curse has been lifted as I have been blessed with children and now Simon is too, plus God forgives. I don't think it was ever a curse really, I was just talking about my thoughts at the time."

The singer went on to adopt two children, while Cowell is now preparing to become a first-time father with his girlfriend Lauren Silverman.