Punk star Siouxsie Sioux is still wracked with grief at the death of her favourite guitarist - fellow BANSHEE JOHN McGEOGH - who died just before she asked him to collaborate with her at her first ever solo gig last year (04).

The Siouxsie And The Banshees frontwoman performed at London's Royal Festival Hall last October (04), and during the planning stages, the 48-year-old singer was keen to invite her former bandmate to make an appearance.

But the Scottish guitar hero, who formed punk band Magazine with Buzzcocks founder HOWARD DEVOTO before joining The Banshees in 1980, died in his sleep after a terminal illness at the age of 48.

Sioux says, "When I was in the planning stages for the Festival Hall I though of inviting John to play.

"The news of his death was very upsetting. I really miss him. John was my favourite guitarist of all time." 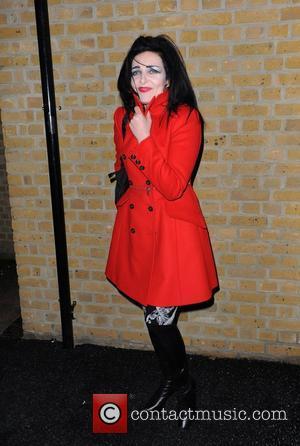