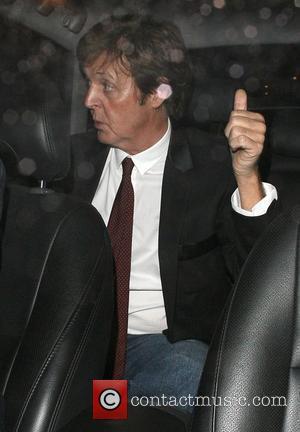 Paul McCartney is masterminding the release of the "last great" Beatles single, it has been reported.

The former Beatle is to turn fragments of Now and Then, a song written by John Lennon, into a fully-fledged track to create an original Beatles single.

Macca, who is currently undergoing a protracted divorce from Heather Mills McCartney, has enlisted Ringo Starr to lay down a drum track for the song.

He will use archive studio recordings of George Harrison playing guitar and complete the song to reunite the Fab Four for one last time.

Jeff Lynne of the ELO will produce the track. He told the Daily Express: "Paul said that he felt he had one great song left in him. He's always been the most uncannily intuitive person and it looks like that song has finally arrived."

McCartney, whose Memory Almost Full album is set for release this summer, seems to be looking to repeat the magic created by two singles released during the 1990s as part of the Anthology project. Free As A Bird and Real Love enjoyed success in the singles chart, reaching numbers two and four respectively.