Mccartney: 'The Beatles Would Have Reformed' 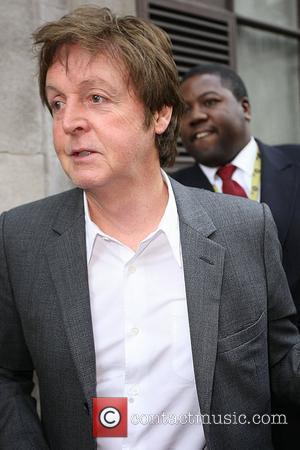 Sir Paul McCartney is convinced the Beatles would have reformed in recent years if all their members had survived - because they would have signed up for a reunion "just for a laugh".
The Fab Four split in 1970 and went on to work on a variety of different solo projects, but 10 years later the musicians were struck with tragedy when John Lennon was shot and killed in New York City in 1980.
The Beatles lost another member in 2001 when George Harrison passed away following a battle with lung cancer, leaving just Sir Paul MCCartney and Ringo Starr.
And MCCartney is convinced that if all four bandmates were still alive today, they would have been keen to reform.
He tells the Sunday Mail newspaper, "It could have happened. We were asked to do reunion gigs shortly after we broke up. There wasn't any point. It was like, 'We've just split!' I also had Wings so I was a bit busy doing other things. It wasn't really a good idea then, but I think if this much time had elapsed, I could easily see it happening. Somebody would have said, 'Oh go on. Just for a laugh.'
"It could have been a charity thing. Or it could have been because we just met up and said, 'Let's do it.' You never know. But it's not to be so sadly it's all just conjecture."