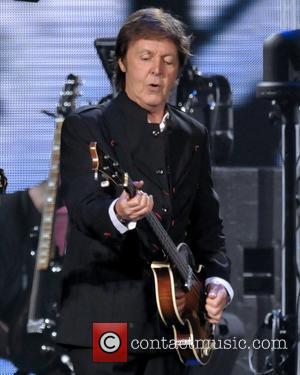 Picture: Sir Paul McCartney performing on stage during his 'Up And Coming Tour 2010' at the Air Canada Centre. Toronto, Canada - 08.08.10

Sir Paul McCartney's son James is planning to release his first album, which was recorded at the studio made famous by the Beatles.
The rock offspring toured Britain earlier this year (10) to perform tracks influenced by his dad's legendary band.
But now he is going out on his own - his debut disc will hit stores later this month (Sep10).
The album, Available Light, was produced by his Fab Four star father and was recorded at London's famed Abbey Road studios, the venue favoured by the band in its 1960s heyday.