Paul McCartney 'cheesed off' with Yoko

Sir Paul McCartney was ''cheesed off'' with Yoko Ono attending The Beatles' recording sessions with John Lennon in the late 60s. 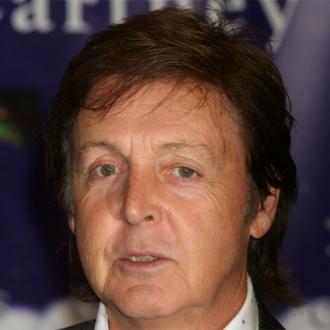 Yoko - the widow of late band member John Lennon, who was shot in 1980 - regularly attended recordings with the band in 1968, and Paul knows it affected the balance of the group, which also included Ringo Starr and George Harrison.

He told Q Magazine: ''Because we'd been such a tight-knit group, the fact that John was getting pretty serious about Yoko at that time, I can see now that he was enjoying his newfound freedom and getting excited by it.

''But when she turned up at the studio and sat in the middle of us, doing nothing I still admit now that we were all cheesed off.''

Paul, now 72, added he has long since made up with Yoko and doesn't blame her for the breakdown of the group in 1969.

He added: ''Looking back on it - [me and Yoko] have talked about this - I think she realises it must have been a shock for us. But lots of things that went down were good for us, really. At the time though, we certainly did not think that.''

Surviving Beatles members Ringo and Paul both still tour, while Yoko works as an artist and peace activist, as well as to preserve the memory of John, who was assassinated in New York.