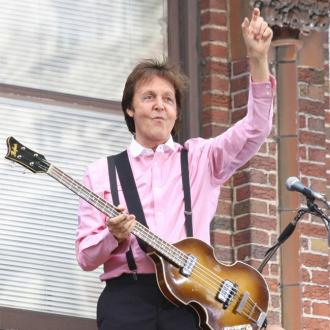 The 71-year-old music icon - who has been dubbed the most successful songwriter in UK chart history - admits being thrown into the spotlight can cause stars to go off the rails, but he stays level-headed by reminding himself of what he was like before his prominence.

He told Mojo magazine: ''It's really important to me to think back to [what I was like]. Because with fame, I think your biggest problem is that you grow out of your old skin, and you see people go crazy because there's nothing to anchor you anymore.

''So I love to think back. If you talk to someone about The Beatles, or Wings, or more particularly about when you were a kid, I love dredging those memories up.''

The former Beatles musician has found himself in the middle of a number of scandals over the years, including a Japanese drug bust where he was found with cannabis in his suitcase and the killing of his former bandmate John Lennon in 1980, but Paul is convinced he manages to stay mentally afloat by trying to ''ride out'' the bad press.

He explained: ''There have definitely been some crappy moments but I think because I try to ride it out, and come out the other end laughing, the impression that's left is that it couldn't have been too bad. There were certainly things that would put some people under.''