Paul Mccartney Gets Concord For Wings

Sir Paul McCartney has agreed a deal to distribute his extensive post-Beatles back catalogue through independent label Concord Music Group. 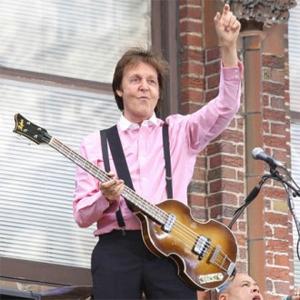 The former Beatles star has agreed to reissue his back catalogue of solo and Wings material through the label - which released his 2007 LP 'Memory Almost Full' and 2009 CD/DVD 'Good Evening New York City' in partnership with coffee chain Starbucks - in another blow to his former distributor, the struggling EMI group.

He said in a statement: "Since the release of 'Memory Almost Full' in 2007 I've had a good working relationship with Concord and enjoyed our mutual love of music."

Exact details of the deal have not been disclosed, but Concord Chief Executive Glen Barros described the arrangement as a "collaboration" rather than a traditional record deal involving cash advances.

He added: "The intent is that it's a long-term deal."

The first of the reissues, the chart-topping Wings album 'Band on the Run' from 1973, will be released in August with bonus material.

The announcement - which came on the 40th anniversary of the release of the singer's first solo album, 'McCartney' - will not affect EMI's deal with Apple Corp to distribute The Beatles' back catalogue under license worldwide.