Sir Paul McCartney has claimed that several films about The Beatles contain events that didn't happen and things that are ''not true''. 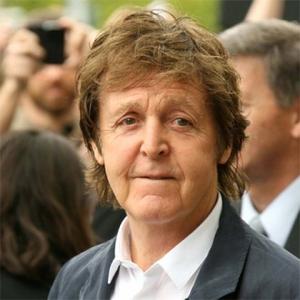 Sir Paul McCartney says many films about The Beatles are "not true".

The legendary musician - who was joined in the band by Ringo Starr, and the late John Lennon and George Harrison - insists many pieces about the Fab Four are inaccurate and misleading to fans.

Speaking about two dramas - 'Nowhere Boy' and 'Lennon Naked' - Paul said: "It's a great tribute that whatever we did is so lasting and people can still make films about The Beatles which can still be successful. For me, though, they're not true and that's the unfortunate thing about them. John never punched me out like he does in 'Nowhere Boy', but my character is kind of cool in the film so I don't mind being punched out. I told the film director Sam (Taylor-Wood) all of that but she said, 'Yeah. But Paul, it's just a film.' "

Another rumour Paul has quashed is that he told John not to pose naked on the cover of his and Yoko Ono's 1968 album 'Unfinished Music No.1: Two Virgins'.

He said: "It's like the rumour I told John off for posing nude for the 'Two Virgins' cover as in 'Lennon Naked'. I never told him that - that's another legend. What John and Yoko did was always up to them."