Paul McCartney would have reformed The Beatles

Sir Paul McCartney thinks The Beatles would have reformed if John Lennon and George Harrison were still alive. 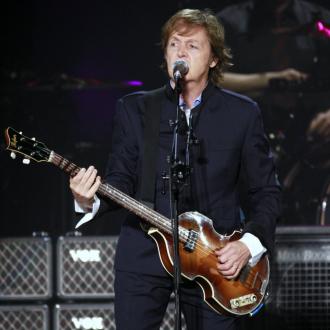 Sir Paul McCartney thinks The Beatles would have reformed if they were all still alive.

The 70-year-old singer-and-bassist thinks it would ''feel great'' to return to the stage with his old bandmates Ringo Starr, John Lennon and George Harrison, even though it is impossible because of the deaths of the latter two.

Asked if he envies 60s groups like The Rolling Stones, who are still touring, Paul said: ''For me, it's not a sadness, but if we were going out as The Beatles now... It would be great to feel a good little band again, playing gigs. It was great when we did play, you know.

''But we finished as a band consciously, and now, as two members have died, it could obviously never become a reality.

''But I do see the Stones going out and maybe have a tiny piece of... I guess what I'm trying to say is if The Beatles had been out now, boys, you'd be watching it, mate.

The 'Yesterday' singer admitted performing his old tracks is like ''time travel'' - but he often finds himself daydreaming about writing the songs during his shows.

He added to Q magazine: ''One of the great things now is I'm reviewing them every time I sing them, I'm looking at myself now, singing it, but thinking of myself then, writing it. It's like time travel.

''But some of the other things going on in my mind are nobody's business. It's scary, because sometimes I suddenly wake up in the middle of a show and think, 'Concentrate man! Come on, you've got an audience here!' ''