Sir Paul McCartney, 68, insists he doesn't feel his age and still feels ''rebellious'' when he performs. 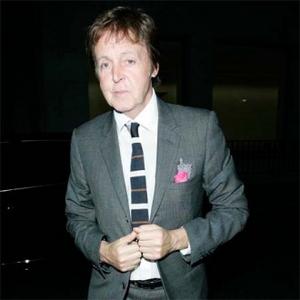 The 68-year-old singer - who penned a track called 'When I'm Sixty-Four' with his former band The Beatles - still loves performing and claims music feels as fresh to him as it did when he was first starting out.

He said: "Do I feel my age? No. It feels weird to say 68. It's funny, I wrote the song 'When I'm Sixty-Four' when I was in my twenties. I was thinking, 'That age will never arrive.'

"Now I'm four years after it.

"It was always my ambition to plug in my electric guitar, play with some people and write songs and that hasn't left me. I play the first chord, turn it up loud and it still feels like a rebellious thing to do - playing a bit louder than you should."

The veteran rocker also admits he no longer tours as much as he used to because he wants to see more of Beatrice, his six-year-old daughter with ex-wife Heather Mills.

He added: "I do a show then I'm off all week. Partly it's because of my little girl. I'm a hands-on dad and I wouldn't want to work too much when I've got her, so my life has completely changed.