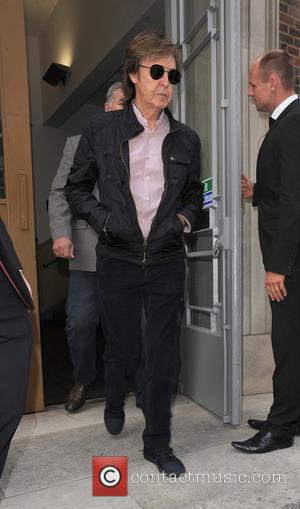 Eavis, who founded Glastonbury in 1970, was honoured for his long-lasting contribution to live music in the U.K.

The Fear hitmaker Allen, who is a regular at Glastonbury, told Eavis, "Your festival is literally better than Christmas. I get that same feeling in my gut that I did on Christmas Eve as a kid, but for the whole week leading up to that last weekend in June. I love you, you have made the world a bearable place."

Rockers Coldplay sent in a video message, and MCCartney also gave a short speech paying tribute to the festival founder.