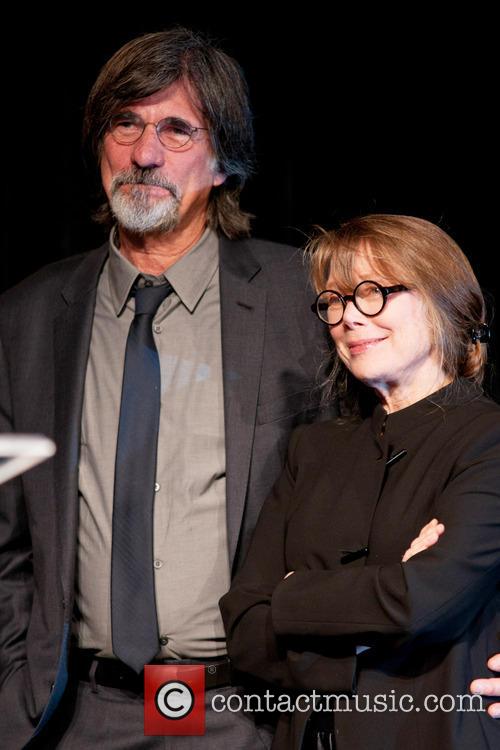 Back As A Baddie: Eric Bana On The Joys Of Being A Psychopath In Deadfall

Eric Bana’s back to life as a baddie in Deadfall. He stars opposite Olivia Wilde in the movie, in which he plays a gun-toting psycho.

In his own words, the movie is “an adult drama where essentially it's all pushing us toward a scene where a dysfunctional family sits around the table at Thanksgiving, and is forced to give thanks because I have a shot gun pointed at their heads.” Cheery stuff, Bana… cheery stuff.

Explaining why he took on the role, he explained “I just thought it was a very well-written script; I thought it was very entertaining… It’s hard finding great scripts and it’s hard finding great dialogue and I really felt that this is a case where the two came together.” Talking about his co-star Olivia Wilde, Bana said “she’s a doll, you know and she’s very funny. You don’t get a true sense of that with Liza, her character, but no, she was great to work with… I just wish I’d had more stuff with her in the film. I got a kiss in, though. Managed to squeeze a kiss in. Even though she does play my sister.”

Continue reading: Back As A Baddie: Eric Bana On The Joys Of Being A Psychopath In Deadfall

Addison and Liza are brother and sister and partners in crime who rob a casino in order to make a better life for themselves in Canada after a troubled homelife when they were younger. However, things go badly wrong when their getaway car overturns whilst driving through a freezing blizzard killing their driver. When a police car pulls up nearby to see if everyone's OK, Addison shoots the approaching officer before suggesting he and his sister split up and ordering Liza to hitch a ride. She is eventually picked up, shivering, by former boxer Jay who is heading to his parents' and offers to take her in for Thanksgiving . She soon finds herself falling for him and struggles to cope with her protective feelings towards him. Meanwhile, Addison is getting into serious trouble elsewhere leaving a trail of bodies as he attempts to retreat into hiding. Things take a shocking turn when the siblings meet up at Jay's parents' house and Liza finds herself torn between the two people she loves the most.

'Deadfall' is the hard-hitting, morally questionable story about the trials and tribulations of family loyalty and true love with a thrilling cast and exhilarating action. It has been directed by Stefan Ruzowitzky ('The Counterfeiters', 'Anatomy', 'Die Siebtelbauern') and written by Zach Dean in his screenwriting debut and is due out in the US on December 7th 2012.

Carrie Remake Teaser Trailer: Will Fans Of The Original Be Converted?

A teaser trailer for the Carrie remake was unveiled at New York’s Comic Con last weekend and has now made its way online. Starring Chloe Grace Moretz and Julianne Moore, the re-visioning of the 1976 Brian De Palma classic will, of course, have horror fanatics cowering behind the sofa in fear, peering gingerly through the fingers that fearfully cover their eyes. This won’t be because they are particularly scared of whatever is happening on screen, though but because they are petrified of what director Kimberly Peirce may have done to their beloved Carrie.

The teaser trailer itself isn’t exactly very… teasing. As the camera pans over an American town that’s been pretty much entirely set on fire, it eventually zooms in on Chloe Grace Moretz, stood in the middle of the street, surrounded by flames and covered in blood, recalling the classic Carrie scene. Except, in the classic image of Carrie (played by Sissy Spacek), covered in blood, she wasn’t standing in the middle of the street. She was at her school prom. But hey, why let a massive detail like that upset you? Perhaps this scene is just from her walk home from the prom. (Cue thousands of horror purists reaching for their ventilators).

Over the action, a montage of voices spout various suspense-inducing phrases, such as “she wasn’t some monster — she was just a girl” and “her mother was a fanatic, I don’t know how she lived with her.” We don’t get much more than that from this first glimpse of the film; the movie’s producers will have to try a lot harder than this if they want to coax any fans of the original out from behind the sofa. 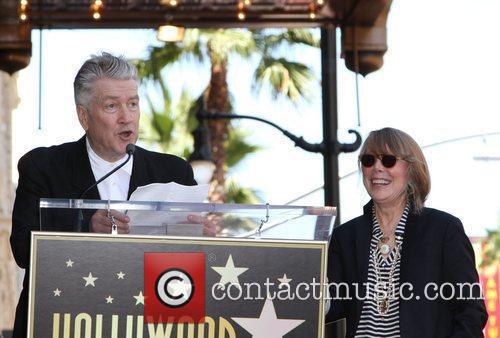 By Rich Cline
Extraordinary
Not only is this film elegantly shot, with a gorgeous sense both of internal textures and wide-open spaces, but it also features knockout performances from an especially fine cast while exploring serious issues from a refreshingly low-key perspective. 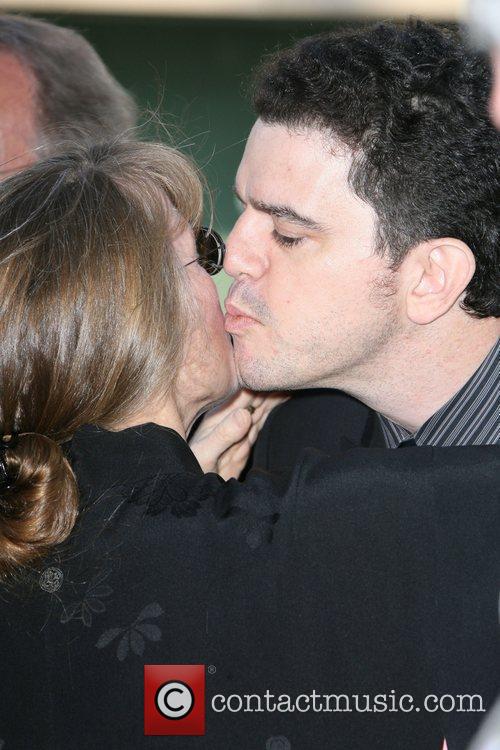 Like Pearl, Horman was a reporter -- or, at least, he wanted to be one -- which brought him to Chile during the violent upheaval in this troubled South American country. Martial law is in full effect: If you can't tell by the military officials and machine guns on every corner, then perhaps the piles of dead bodies -- some covered, some not -- might clue you in.

A Home At The End Of The World Review

By Chris Barsanti
Weak
An initially touching story that wilts under its own insignificance, A Home at the End of the World is the second film to be adapted from a Michael Cunningham novel, following the footsteps of The Hours, a work that, for all its flaws, A Home can't even come close to. In an opening that veers wildly, and not unpleasantly, between adolescent melodrama and wildly unintended farce, we are given the suburban Cleveland childhood of two buddies, Bobby Morrow and Jonathan Glover. Bobby's eyes were opened to the world at age nine in the late 1960s, when his older brother Carlton introduced him to the joys of acid and hanging out in graveyards.

A few years later, after the deaths of both Carlton and his mother, Bobby is a puppy-eyed teenager who inherited Carlton's magnetic personality and utter lack of guile, which is what attracts another teen, the gawkier Jonathan, to him. After his dad dies, Bobby moves permanently into the Glover household as a sort of unofficial adopted brother to Jonathan - except that they're brothers who occasionally make out and smoke joints with Mrs. Glover (Sissy Spacek). The rather uptight Jonathan (he wears glasses and has braces, you see) can't handle Bobby's openness and is more than a little jealous of how eagerly her mother has embraced him into their family, and their romantic relationship stalls.

Continue reading: A Home At The End Of The World Review

By Blake French
OK
I might be the only person in the world who thinks Brian DePalma's 1976 classic thriller Carrie (now out on DVD) is one of the most overrated, disappointing horror films of all time, but I stand behind my review, and I swear I can knock down just about any argument its defenders throw. This is my third viewing of the film. Every time I watch it, I find major problems in the story for all the same reasons.

Carrie is the tale of a high school senior named Carrie White, aptly played by Sissy Spacek, who spends her days at school as the center of nearly every cruel ridicule and her hours at home with a constricting, sadistic, fanatically religious mother (Piper Laurie). Let's just say the mother is like a female version of Sergeant Hartman in Kubrick's Full Metal Jacket, and Carrie is the distressed Private Pyle.

"Blast From the Past" is one of those high-conceptmovies in which the gimmick becomes an albatross around the story's neck. An obliging comedy about a 35-year-old man-boy raised ina backyard bomb shelter by parents who panicked during the Cuban MissileCrisis, the movie stars Brendan Fraser as the wide-eyed innocent makinghis first foray to the surface in 1998 on the assumption that civilizationwas destroyed by nuclear war.

What he finds instead is the San Fernando Valley and aromance with Alicia Silverstone.

Continue reading: Blast From The Past Review 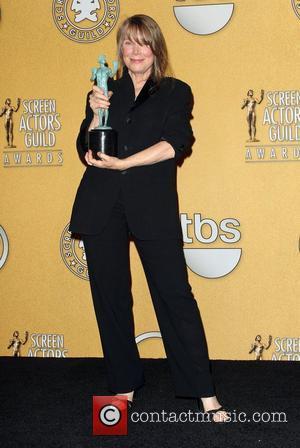 A Home At The End Of The World Movie Review

An initially touching story that wilts under its own insignificance, A Home at the End...

"Blast From the Past" is one of those high-conceptmovies in which the gimmick becomes an...