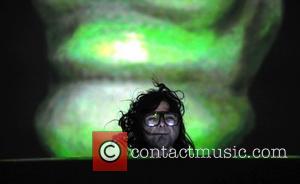 Skrillex and Jack White were amongst the highlights of Saturday’s Virgin Mobile FreeFest (October 6, 2012). Over 50,000 people crowded into the Merriweather Post Pavilion to enjoy the three stages worth of music, from the likes of Alabama Shakes, ZZ Top and Santigold; an eclectic mix of old and new, sure to keep the punters satisfied. Tickets to the event were free and Virgin boss Richard Branson spoke to the Washington Post backstage, explaining the work that FreeFest does with homeless youths.

Skrillex was clearly a big draw for the event; one punter, Liz Carr, 27, told the Post that she and her friends had a goal for the evening and that was “to not be blacked out by the time Skrillex comes on.” Whether or not she achieved her aims, we may never know. But those that did manage to stay conscious until the US producer played his headline, 90 minute set, were treated to a “bombardment of riotous dubstep songs with sci-fi lasers, flames, smoke and sparks to match.” Jack White’s 50 minute set was deemed too brief by those in attendance, who called him back onstage for an encore, in a rather unusual manner – by “WHOA-OH-OH-ing the guitar riff from ‘Seven Nation Army.’

It was down to Jack White that the festival-goers at FreeFest were treated to a glimpse of ZZ Top, too. They may not be the hippest band on the planet but when you’re playing at the personal request of Jack White, you’ve instantly earned yourself a few extra nods of approval.