By Victoria Pavlova in Lifestyle / Showbiz on 22 July 2014

The young woman's cause of death remains unconfirmed.

Little is known about the sudden, unexpected death of 21-year-old Skye McCole Bartusiak on Saturday. Bartusiak was known for several high-profile roles in her childhood. Her biggest acting credit was probably in The Patriot alongside Mel Gibson. Bartusiak was clean and sober and had never had problems with substance abuse, according to her mother.

So far, details are sparse around Bartusiak’s death. Her mother told the Associated Press that Skye had been living in a garage apartment at her parents home. Early on Sunday morning, her boyfriend found her unresponsive in bed. At that point, Helen Bartusiak attempted CPR on her daughter, but it was apparently too late.

By Victoria Pavlova in Lifestyle / Showbiz on 21 July 2014

The actress was found early on Saturday and pronounced dead shortly afterwards.

Actress Skye McCole Bartusiak, known for childhood roles in numerous films and TV shows like The Patriot, The Cider House Rules, Lost, House and CSI, was found dead on Saturday. A native of Houston, the 21-year-old actress has recently produced and starred in several shorts, including Frame of Reference and Bushido last year, and Sick Boy in 2012.   She was 21.

Skye starred in a number of successful films and TV shows in her childhood.

Bartusiak had been living in a garage apartment at her partents’ home in Texas, which is where she was found, unresponsive, on July 19. She was discovered by her boyfriend, The LA Times reports. According to TMZ, Skye passed away in her sleep.

Young actress Skye McCole has died at the age of 21.

CNN reports that young actress Skye McCole Bartusiak has passed away in her Houston home on Saturday, aged 21.

Best known for her role as Mel Gibson's youngest daughter in the 2000 film The Patriot, Sky began acting at the tender age of 6 with a role in the Michael Caine film The Cider House Rules. She also starred with Michael Douglas in Don't Say a Word and her most recent film was 2012's independent thriller Sick Boy, in which she played the lead role. Although never a household name, McCole had a lengthy portfolio of work and was undoubtedly a talented and hardworking actress.

By Jesse Hassenger
Bad
I am sad to report that Boogeyman is not another biopic. It's not even clear whether this tame bit of horror shlock is about the Boogeyman or simply a Boogeyman. The film's credits list him as "the," but let's hope it's a mistake; I prefer to think that the Boogeyman would have better things to do than menace the closets of a barely-there rural town. 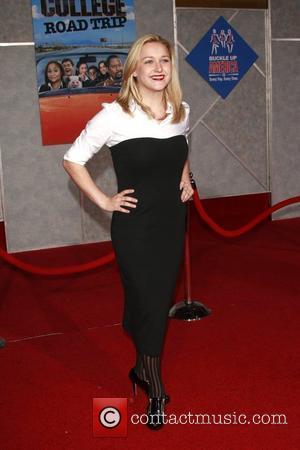