Cancer Bats
In a one-two punch fitting of any festival stage, Toronto's finest exports will grace Slam Dunk on the Impericon Stage as sub-headliners to the aforementioned Every Time I Die.
Initially a whirlwind of frenetic hardcore, the quartet have matured with each record, and their Black Sabbath referencing Dead Set On Living was a career high, both on record and on stage.
Latest release Searching For Zero might have divided opinion, but 'Bats have never-ever taken their foot off the pedal in the live environment.

Hacktivist
For fans of: Riffs, hip hop, arena-worthy choruses and teeth-rattling breakdowns. Thrust into the mainstream with the breakout cover of Jay Z & Kanye West's Ni**as In Paris, Hacktivist have steadily cut their teeth on the road, before delivering a real statement of intent in debut full-length release Outside The Box earlier this year. Outside The Box was littered with guest spots, with Jamie Graham from Heart of a Coward and Enter Shikari's Rou Reynolds lending their vocals to Deceive & Defy and Taken respectively.
We'd hate to second-guess anything, but Hacktivist follow HOAC on the Impericon Stage, and there's a Shikari Sound System DJ set scheduled to close the UPRAWR Stage too.

The Beat
It's ska's elder statesmen who are most the Desperados Stage's most noteworthy additions. Surrounded by those who found their sound shaped by the Birmingham-based six piece, and their prominent position on the bill is testament to that. Not bad for a band who spent six years in the spotlight - between 1978 and 1983 - before their recent renaissance.
Well worthy of a trip to the Desperados Stage, if only for a hat tip for the band who shaped a generation, and a genre.

Creeper
Few bands have the potential to take over the world quite like Creeper.
In Will Gould they have a frontman and focal point dripping with not only vocal talent but charisma in abundance, their AFI influence is worn very much on their black sleeves and they've already gained a fierce fanbase.
Then there's the dose of theatrics, the infectious songwriting and hooks that'll become so deeply embedded in the mind that you'll be whistling VCR while Panic! At The Disco are charging through I Write Sins Not Tragedies.
They're yet to play a stage that they haven't felt too big for.

Don't forget to check the official site for the latest updates. 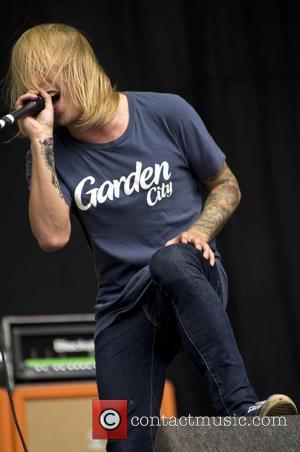