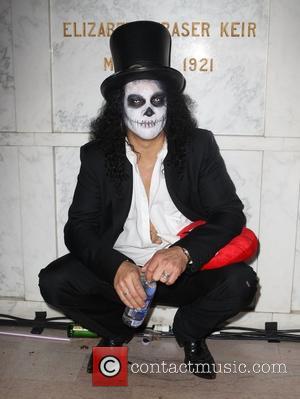 Rock star Slash has teamed up with his friend Charlie Sheen to record a special episode of his new Tv show Anger Management.

The former Guns N' Roses star has revealed he recently stepped into the studio with Sheen to record a cameo appearance for the upcoming second season of the hit sitcom.

In a post on his Twitter.com page, he writes, "Just did a cameo on Anger Mngmt (sic). Charlie's working w/a (with a) great bunch of people of there (sic)."

Sheen previously turned out to support Slash when he received a star on the Hollywood Walk of Fame in Los Angeles in July (12), and the guitarist has said of his friend, "I love Charlie. Charlie is probably the most rock 'n' roll character in entertainment today."