Slash through with Scott Weiland 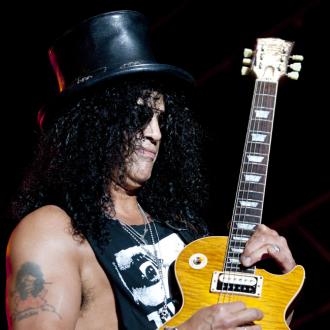 The legendary guitarist was in Velvet Revolver with the singer from 2003 and 2008, but despite statements from Scott saying he'd like to get the band back together, Slash is adamant he will have nothing to do with him.

He said: ''The doors shut on this side. It's just awkward, it's just Scott's speaking completely out of his ass. Nobody at this end has had any conversations with Scott on the subject [of getting back together].

''Even if I didn't have my own solo project going on, I still wouldn't work with him.''

The guitar legend added his life has been much better since he has not been working with the volatile vocalist, with him releasing two solo albums - 'Slash' and 'Apocalyptic Love' - and forging a lasting working relationship with Myles Kennedy, who sings with in his live band.

He said: ''It's been great. It's basically since I got my s**t together and stopped touring with Scott. I really had to figure out what I wanted to do when Velvet Revolver went on hiatus [in 2008]. I scored a movie, did my solo record and toured, then I met Myles and we did this record. It's all been very positive.''