By Andrew Lockwood in Music Reviews on 12 September 2019

Kent punk duo Slaves held up their pledge to headline a gig on the Kent coast this weekend when they once again took to the Hall By The Sea stage at Dreamland in Margate. Isaac and Laurie were due to headline the main stage of the Wheels & Fins Festival on the same day, but, quickly re-arranged a new venue when it was announced that "due to financial constraints" Wheels & Fins would have to be cancelled.

Returning to the theme park that had played host to them two years earlier, Slaves this time around brought a small slice of the Wheels & Fins line-up that they had helped curate. Para Fiction and Lady Bird made up the riotous three band bill topped out by Tunbridge Wells' finest proponents of incendiary Punk.

Brighton Boys Para Fiction were first onto the Dreamland stage as the Hall By The Sea welcomed the ever growing audience. After they'd untangled their guitar wires and settled themselves the East Sussex foursome, who have drawn lofty comparisons to The Beastie Boys, treated the crowd to their blend of Surf-Punk-Rap as they did their best to energise the room in the early evening. Laurie, his son Bart and Isaac stood to the right of stage to enjoy an impassioned set that included Para Fiction's new single 'Time Debt' and last year's release 'Wavey Days'.

By Andrew Lockwood in Music / Festivals on 03 September 2019

After a summer packed full of festival performances Slaves bring their incendiary set to the seaside as they kick off their latest headline tour. Laurie and Isaac are bringing their energy and immediacy to Dreamland, in Margate, to play a swiftly arranged gig in The Hall By The Sea.

The Tunbridge Wells duo last played here, in a sell-out show, just over two years ago when they were supported by Black Honey. This time around circumstances beyond their control have meant that a gap appeared in their touring schedule. Slaves were due to play The Wheels & Fins Festival just down the road but unfortunately "due to financial constraints" the two day festival has been cancelled. Not wishing to disappoint their fans, or miss a trip to the "Fine Kentish shores", Kent's finest purveyors of Punk are making the trip to Dreamland.

Beer and music have always gone hand in hand.

In case you needed another reason to be disappointed in the UK government amid the mess that Brexit has caused, it seems that they are set on raising beer duty yet again. In other words, your local pub is about to be put at risk of closing thanks to increasing tax pressures. This has so many negative consequences.

According to the Long Live The Local campaign, an average of three pubs close per day in the UK thanks to a third of takings going straight to the taxman. The UK now has one of the highest Beer Duty rates in Europe, three times higher than the US average and 12 times higher than our beer-swigging neighbours Germany. Worse still, the government only plans on increasing beer duty further this year.

Continue reading: Why Music-lovers Should Be Worried About The Government's Plans To Raise Beer Tax

They'll hit the UK and Ireland this November.

As they gear up to release their eagerly anticipated new album, punk duo Slaves have just announced dates for their biggest UK and Ireland tour yet, and it begins in just three months! Get your credit cards at the ready because this will not be one you'll want to miss. To celebrate the imminent release of their third studio album 'Acts of Fear and Love', Slaves are set to embark on a 13-date run kicking off at Newcastle's O2 Academy on November 7th 2018. They'll also play Nottingham's Rock City, Dublin Academy, Manchester Academy, Leeds' O2 Academy and more, before wrapping the tour with a show at London's Alexandra Palace on November 24th.

Continue reading: How To Get Tickets For Slaves' Big Fall 2018 Tour They unveiled a new video showing the making of the record.

Slaves have just dropped the tracklist for their forthcoming third studio album 'Acts of Fear and Love', alongside a brand new video featuring footage from the making of the record. It's incredibly funny - in case you needed any encouragement to pre-order the record which, let's face it, you probably don't.

The first single was, of course, 'Cut and Run'. Released last month, it's the duo's first single since 2015's 'Sockets' and 'Cheer Up London' from their critically acclaimed debut album 'Are You Satisfied?'. Their 2016 second album 'Take Control' didn't produce any singles, though the punk pair did appear on the Chase & Status song 'Control'.

Continue reading: Everything We Know So Far About Slaves' Album 'Acts Of Fear And Love'

By Andrew Lockwood in Music Reviews on 26 July 2017

It's been a whirlwind five years for Slaves. Having this week celebrated their first half decade with a one off gig at The Tunbridge Wells Forum where they recorded their first E.P, 'Sugar Coated Bitter Truth', they ventured a little further into their home county of Kent (Laurie's favourite four letter word) to play Margate's Dreamland. As part of a fantastic summer bill of musical entertainment that has already featured, amongst others, The Kills, Gorillaz and most recently Toots and The Maytals, Slaves came to the seaside as guests of By The Sea Festival.(Late September will be the festival's third year at this iconic venue).

Slaves may have literally been sixty five miles from home but in The Hall By The Sea, in the highest corner of the U'K's oldest theme park, they took up residence in a venue that in the distant past has played host to The Who and The Stones. Nostalgia however had only a little to do with an extraordinary night that saw Isaac and Laurie riffle through a blistering set that totally mesmerised all before them with its pace and intensity.

Supporting Slaves were fellow Tunbridge Wells band Lady Bird and Brighton four piece Black Honey. Izzy from Black Honey described Slaves as "two of the nicest people in Rock 'n Roll...or the world" and she clearly meant it. Looking a little like a young Lauren Laverne and sounding on occasion just a little like Gwen Stefani she and her band did far more than just set the crowd up for the main event; they were an absolute delight in their own right. The sound the band generated was fabulous. (They had quite obviously been given access to far more of the venue's sound mixing 'toys' than any support is normally afforded). A joyously playful delivery of 'Hello Today', a belting, 'Somebody Better', and a raucously infectious, 'All My Pride', ensued. Before calming the crowd briefly Izzy and her band closed out their succinct set with a quite brilliant delivery of 'Corrine'.

By Andrew Lockwood in Music / Festivals on 24 December 2016

Whilst 2016 has been too full of tragedy and sad loss it has also undoubtedly been a bumper year in terms of album releases.

There is no way to aptly mark the passing of some of the very best artists of any generation but in amongst the untimely deaths has come some inspirational and ground breaking music.

My albums are all ones I have enjoyed immensely and continue to play. Whilst Radiohead, M.I.A, Peter Doherty and many others may have missed the cut it wasn't really a difficult choice this year. It may not be all that eclectic but there are some great albums in there. Nick Cave's Skeleton Tree is not only this years best album but also an album that is rapidly becoming one of my all time favourites, it's just so good. 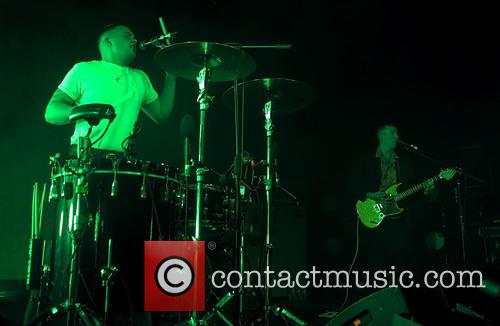 Slaves perform at the O2 Academy in Leeds as part of their UK tour. United Kingdom - Tuesday 15th November 2016 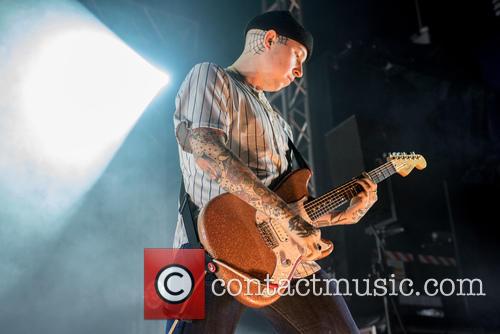 By Jamie Brannon in Music Reviews on 06 August 2015

Pseudo-anarchic duo Slaves have been whipping up a firestorm of good feedback since featuring in a BBC Sound of Music Poll and have aided their publicity with a tiresome spat with militants Sleaford Mods. The question is, can their new album 'Are You Satisfied?' frank the rhetoric with the tunes? Not really, is the short answer. 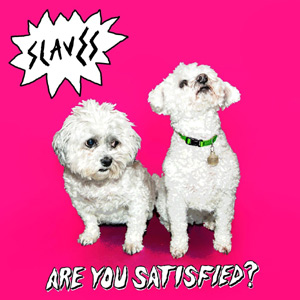 Their anger, and misdirected and lacking wit makes for a jarring, repetitive listen, and there's an over-use of fuzz pedals. On tracks such as 'The Hunter' and 'Sockets' combine the unappealing aspects of early Kasabian and a paler imitation of the more humorous Audio Bullys.

The album isn't completely intolerable; a change of tempo for 'Do Something' hints at an ability to diverge their sound and channel their angst in a more constructive fashion, as for the most part this album is ramshackle punk at best.