Hannerman passed away at age 49. 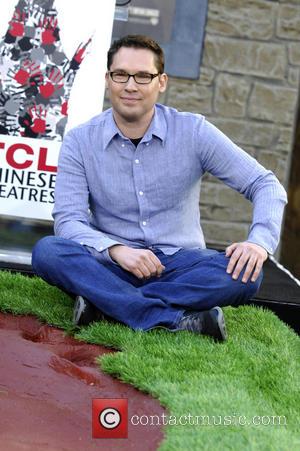 Jeff Hannerman, the guitarist for legendary metal band Slayer, died yesterday, May 2, at Hemet Valley Medical Center, near his home in Southern California. The reported cause of death was liver failure, according to Billboard. Hannerman had been struggling with a rare skin tissue disease for several years, but it is not yet known whether that was what took his life in the end. Slayer announced the news late in the afternoon, with Hannerman’s bandmates saying that the guitarist was their “brother”. This prompted a slew of grief and sympathetic messages from fans and fellow musicians on twitter.

Disturbed/Device frontman David Draiman was among the very first, posting "RIP TO A TITAN OF METAL," while drummer Mike Portnoy wrote, "WOW...I'm in shock...RIP Jeff Hanneman."

The guitarist formed Slayer in 1982, after meeting guitarist Kerry King mixing heavy metal and punk influences and signing with Metal Blade Records for Slayer's first two albums, "Show No Mercy" in 1983 and "Hell Awaits" in 1985. With several his father being a World War II veteran, Hannerman became fascinated with themes of war and destruction – which he would bring into Slayer’s music. In 1986 the band made the controversial move of transferring to hip hop label Def Jam, for their cover album “Undisputed Attitude” and their iconic album “Reign in Blood”. Hannerman hadn't performed with his bandmates since 2011.

Hannerman’s disease had kept him off his feet and off tour since 2011, with a roster of guitarists replacing him for shows. However, his bandmates remained hopeful that he would return to performing in due time. But in February guitarist Kerry King told Australian press that "we don't know when Jeff's gonna be able to play guitar. Jeff's kind of like a wait-and-see thing." Unfortunately, he never managed to have the reunion.