Sleigh Bells' Alexis Krausse and Derek Miller have argued that Lovato's 2015 hit sampled their own 'Infinity Guitars' without crediting them.

Pop star Demi Lovato has been hit with a copyright infringement lawsuit from alternative pop group Sleigh Bells, who claim that she lifted musical elements of their 2010 track ‘Infinity Guitars’.

The Hollywood Reporter revealed that a complaint filed on Monday (August 22nd) in a federal court in California claimed that Lovato’s 2015 track ‘Stars’, which was released on her album Confident, features elements of bass drum and hand-clap rhythms taken wholesale from Sleigh Bells’ own track. 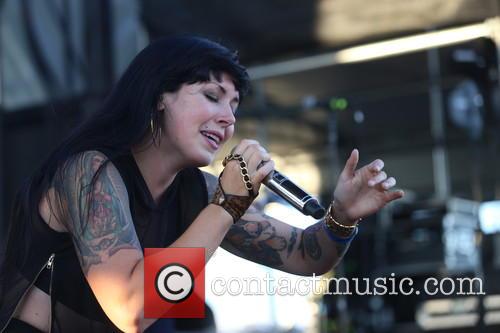 This year's CounterPoint Festival kicks off next weekend.

Next weekend's CounterPoint Festival will be the event's first year at a new 5000-acre site, featuring campgrounds, a food court, bars (including a draught house), carnival rides, free water stations and its very own arts village. Oh, and then there's the music line-up.

This year's bill is headed by hip-hop stars Outkast, who make their hugely anticipated hometown return. Elsewhere, we'd have to point you in the direction of the blu Freedom Stage on Saturday (April 26, 2014) which boasts a pretty fantastic line-up starting with Wild Cub and St Lucia. As evening approaches, Janelle Monae will take to the stage, followed by J. Cole and headliners Foster the People. 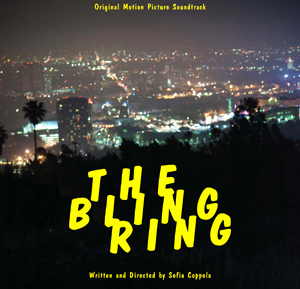 
On top of the glittering line-up on the soundtrack, Coppola has also hooked up with Daniel Lopatin (aka Oneohtrix Point Never) to score the film; so expect an exciting electronic undercurrent to accompany the a-list soundtrack (which also features a track from Lopatin). In case you're wondering how all these great act will fit into a movie about a group of young criminal stealing from the rich and famous of Los Angeles the you need only to check out the song names, all of which are very fitting for the theme of the movie.

Continue reading: 'The Bling Ring' Soundtrack Might Actually Be Better Than The Film

Sleigh Bells sound exactly like absolutely nothing you've never ever heard before. Sleigh Bells are pop taken to a conclusion that is simultaneously the most logical and the most insane. Guitars jangle and scream over stripped down, simple beats bassy enough to rattle the snot out of your nose, and all the while a female voice glides effortlessly through it all; a calm, ghostly presence spouting gibberish in gossamer light breaths that cut through the fuzz in a masterful piece of sound mixing. It's punk, it's pop, it's disco, it's R 'n' B, it's glam... It's all of those things and absolutely none of them, and it doesn't matter because it's just so damned good. 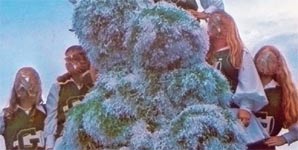 It's very hard to discuss Sleigh Bells without getting into hyperbole overdrive. The two piece had already whipped up a frenzy about their music before the release of 'Treats', and I think it's fair to say that the album lives up to expectations. Treats is a masterpiece of sound design from the off: Every song sounding raw and absent of the over-keen polish that plagues pop records, but somehow the bowel-shuddering kick drum never cuts off the vocal lines, guitar lines pop, and dynamic diversity is introduced perfectly at the moments when you just can't conceive of the song getting any more intense - 'Infinity Guitars' illustrating this perfectly by ending in a fashion that could crush buildings.

It might not come as a surprise to readers when I say that I really like this album. Aside from 'Rachel' (Which just sort of writhes around like a skinny girl in granny knickers - almost sensual and sexy, but just... not), the album is damn near faultless. It's perfect for the summer - Open a window, stick a speaker out of it and tell your neighbours to go and do something horrible to a part of their own anatomy while this pair of psychopaths from Brooklyn take you on the best psychedelic freak out trip you can go on without ingenious use of the medicine cabinet and a bottle nail varnish remover. If you've not heard Sleigh Bells before, do yourself a favour and check them out. They might not be your thing (Imagine the Ting Tings trying to take down the music industry from the inside) and you may well hate them, but I guarantee if you like them this album will be very firmly rooted in your 'Best of 2010' list.

What, people do keep those, right?