Through several generations metal has constantly managed to persevere thanks to the innovation and creativity of rising bands. Whether they be slow burner talents that gradually earn their stripes, or overnight sensations that shake the foundations of the genre, metal has survived because of new talent. However, few bands came in hotter and with more impact than Slipknot, when their debut album blew the world away in 1999. 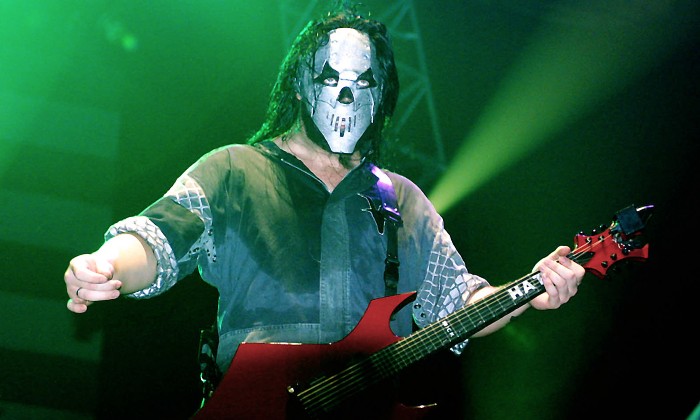 Given their presence, fame, image and dominance both within and beyond the metal scene, it should be no surprise to learn that Slipknot have inspired dozens of bands. Slipknot’s turbo charged thrash metal style was like nothing the world had seen before when they emerged, but many names have tried to replicate this aggression and conviction since. Obviously, not all have succeeded, as going toe-to-toe with one of the most commercially successful metal bands ever is no easy feat. But, some names are hidden gems in the modern heavy metal landscape, just waiting to be discovered by the world.

In this article, we will list five bands you simply have to check out if you’re an avid fan of Slipknot, or adrenaline pumped modern metal in general. 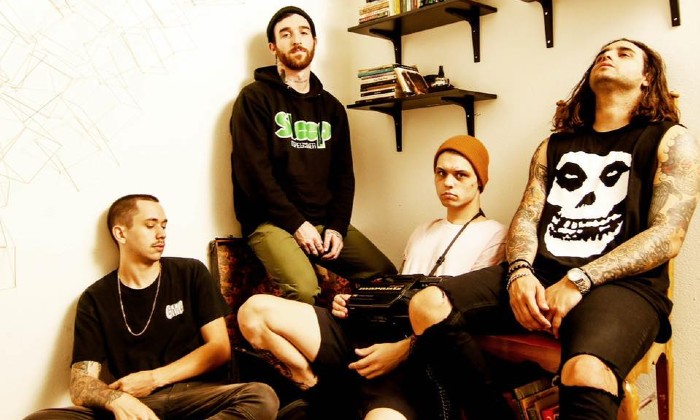 Since their explosive arrival, Cane Hill have become one of the fastest rising metal bands in the world. Starting out as a ferocious thrash inspired metal group, Cane Hill have slowly progressed into a more methodical sound and embraced the ways of groove metal.

Their debut self-titled EP blew heavy metal fans away upon its release in 2015 with its crunching riffs and dark lyrical narratives. Thumping tunes like Time Bomb showed just how volatile Cane Hill can be, while the distorted sound of Gemini showcased their eerie edge.

To date, Cane Hill now have two full-length studio albums, with the latest being 2018’s Too Far Gone. On top of this, they have released another EP titled Kill the Sun and a live album. Key songs to check out from Cane Hill include Ugly Model Mannequin, Lord of Flies and the brand new single, Kill Me.

For fans of Beartooth as well as Slipknot, Blood Youth are one of British metalcore’s best kept secrets. Blood Youth began their musical journey in 2015 and quickly earned a reputation as a formidable, potential packed band thanks to their debut EP, ‘Inside My Head’.

However, they upped the conviction for the follow up EP, Closure, which introduced them to a whole new audience through songs like 24/7 and Mood Swing. Several heavy bands find themselves gradually becoming more commercial over time, which is why Blood Youth getting heavier with every passing release is so refreshing to see.

Blood Youth released their debut album, Beyond Repair, in 2017 and followed it up with Starve in 2019. Since then, they have been drip feeding new singles and covers to fans via streaming services, including their pumping rendition of Slipknot’s [sic]. Other top songs from Blood Youth include Waste Away, Making Waves and Reason to Stay.

As one of the newer bands to feature on this list, Death Blooms have only been an active band for four years. However, their professionalism and intensity could fool you into thinking they’re veterans of heavy metal.

Death Blooms impact on the underground metal scene in the UK was immediate, thanks to their sensational debut single, I’m Dead. This rushing, compact and conviction fuelled song was two-minutes of pure hate, and set them up for their self-titled debut EP excellently. In 2019, You Are Filth became the band’s second and latest EP, but they are yet to commit to a full-length studio album.

Another studio release is seemingly in the works for Death Blooms though, as they recently released two singles in the form of Anger and arguably their best song to date, Life Is Pain. Other popular songs from Death Blooms include Crosses, Sick and Rotting Away.

I Saw The World Burn

Despite having the smallest back catalogue of any band on this list, I Saw The World Burn have already proved themselves to be a great band with an abundance of promise.

The Stoke-on-Trent based metal group brought out their first material in 2015 via a short self-titled release. Even though this EP was only three tracks long, it was packed with solid guitar grooves and devastating drumming breakdowns. They swiftly followed this self-titled release with the EP, Barren, in 2016.

I Saw The World Burn have not released any new studio material since Barren, but have confirmed that new songs are on the way via social media.

By far the most experienced band on this list, it’s a mystery how Polar aren’t genre leading figures within modern metal. Unlike other names, Polar were not overnight underground sensations. Instead, they gradually earned a strong reputation through solid singles and insane local live shows to become the hugely respected group they are today.

Polar have four studio albums to date (the same amount as every other band on this list combined), with their debut album coming out as long ago as 2012. Iron Lungs was a raw, adrenaline charged hardcore punk album that left even the hardiest of metal fans pale in the face. Polar’s latest album from 2019, Nova, still possesses these vital qualities, but shows how the band have adopted a stronger sense of direction and focus since their early days.