The US metal band are heading across the pond for four arena dates next year.

Slipknot are coming to the UK next year for a four date arena tour in February. The US metal band headlined this year’s Download Festival in August, marking their third time topping the bill. The band’s vocalist Corey Taylor has also recently lend his scream to an alien warlord on BBC series ‘Doctor Who’. 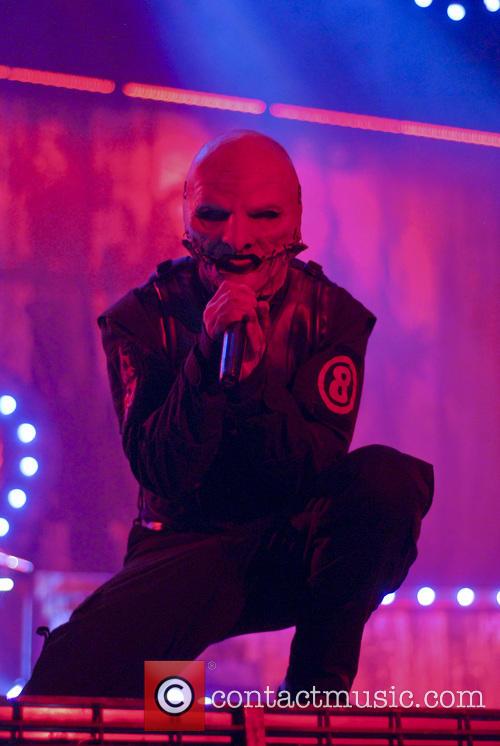 Slipknot are coming to the UK next year.

The band will play four dates beginning at Cardiff's Motorpoint Arena on February 8th. Next they will move to London's Alexandra Palace on February 9th, then Birmingham’s Genting Arena on the 12th, before ending at the First Direct arena in Leeds on February 13th.

Speaking about the tour frontman Corey Taylor said, ”Any time we get the chance to come over to the UK, it's awesome. Hopefully the fans have as much fun as we do. We'll be putting together a great set for them, and as we fill out the bill with bands, we hope the excitement gets even bigger."

The band’s latest album .5 The Gray Chapter was released in October of last year. In May percussionist Clown said the band were currently writing their follow up album, which could hit in the first quarter of 2017.

More: Slipknot Guitarist Stabbed In Head During Fight With Brother

Frontman Corey Taylor has also recently lent his famous scream to a villain in sci-fi series ‘Doctor Who’. Taylor voices a character called The Fisher King, who is described as an "alien warlord” and will appear in upcoming episode ‘Before the Flood’.

Corey Taylor To Feature In Doctor Who

Slipknot Press On With Tour Minus Bassist