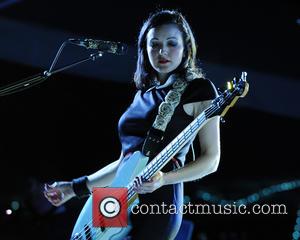 Smashing Pumpkins star Billy Corgan has fired off a letter to bosses at the California Pizza Kitchen restaurant chain urging them to protect baby cows on dairy farms.

The rocker has joined the likes of Morrissey and Sir Paul MCCartney in partnering with officials from the People for the Ethical Treatment of Animals (Peta) to fight animal cruelty, and he has targeted the Ceo of Cpk after watching a harrowing undercover video featuring dehorning footage from a dairy farm that supplies the chain.

He writes: "I have viewed the photos and watched Peta's investigative video of these procedures, and I was appalled to see young calves who struggled and writhed in pain as searing hot irons burned their heads. The industry has noted that the burns are so severe that they may damage the underlying bone... I strongly urge you to take immediate action to stop this unspeakable barbarism by requiring your suppliers to phase out dehorning."