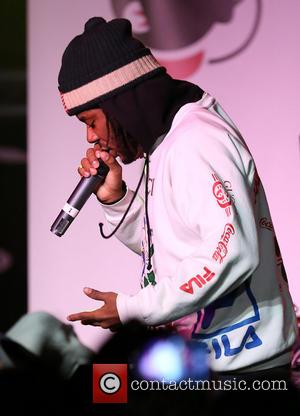 Snoop Lion used to be called Snoop Dogg and was born Calvin Cordozar Broadus, Jr - that's a lot of names for one person to have in their lifetime. The reason behind Snoop's anthropomorphising is due to his new found rastafarian status, apparently. However, now, after Snoop has made a documentary called 'Reincarnation' and recorded his first reggae album, Bunny Wailer of Bob Marley and the Wailers, is threatening to take legal action against the ex-rapper.

Speaking to TMZ he said that Snoop Lion has committed "outright fraudulent use of Rastafari Community's personalities and symbolism," and has failed to meet "contractual, moral and verbal commitments." Along with Bunny's comments, Snoop has also received a seven page letter from Ethio-Africa Diaspora Union Millennium Council (aka Rastafari Millennium Council) expressing their disgust with his actions.

They feel that Snoop's documentary is reductive and makes it looks as though "smoking weed and loving Bob Marley and reggae music is... what defines the Rastafari Indigenous Culture!" When it most certainly is not. All of this has culminated in a potential law suit. "[T]hey want Snoop to stop using the name "Lion" ... pay up the "financial and moral support" they claim he committed, and issue a public apology." Everyone knows him as Snoop Dogg anyway, he's got bags of money and sorry is just a word. Shouldn't be too difficult.

Here he is being Snoop Lion: