Rapper Daz Dillinger Is Facing A Legal Battle Over His Planned Tha Dogg Pound Biopic Amid A Dispute Over Publishing Rights. 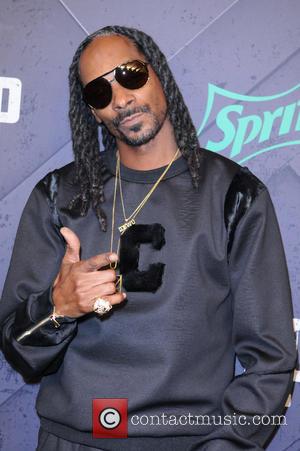 The hip-hop star has assembled a cast and crew to tell the story of Death Row Records' Tha Dogg Pound collective, which included his cousin Snoop Dogg, Warren G and the late Nate Dogg, and filming began on the movie last month (Sep15).

However, Dillinger reveals the project, titled Dogg Pound 4 Life, has since suffered a major setback as he fights record label bosses over the music rights.

He tells TMZ.com, "We got a cast and we have the full project in motion it's just that right now I'm fighting a war with eOne and Sony BMG."

Dillinger maintains he owns his own publishing, even though Death Row's back catalogue was sold to executives at eOne in 2013.

Dogg Pound 4 Life is slated to star Azad Arnaud as Dillinger, Melvin Jackson, Jr. as his bandmate Kurupt, an actor known as DaDa as Tupac Shakur, and Curtis Young as his father, Dr. Dre. Another unknown, Reggie Noble, has been cast as Death Row Records founder Marion 'Suge' Knight.

Dillinger announced plans for the film over the summer (15) following the box office success of Straight Outta Compton, which chronicles the rise and fall of Dre and Ice Cube's pioneering hip-hop group N.W.A.