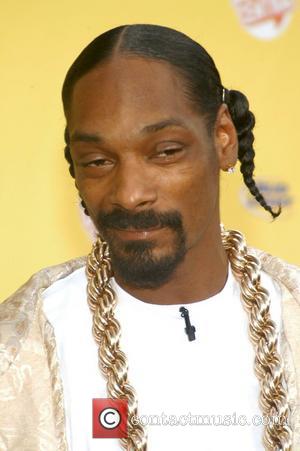 Music producers are holding auditions in some of the most notorious neighbourhoods in Los Angeles in a bid to find the next Snoop Dogg or 50 Cent. More than 200 wannabe rappers turned up at various venues in the city's Compton, Inglewood and Watts districts dreaming of superstardom. Organisers include CHARLES 'BIG CHUCK' STANTON, who has worked with Eminem, 50 Cent, Dr Dre, JAY-Z and The Game. As many entrants come from rival LA gangs The Crips and The Bloods, judges issued a warning not to bring any guns with them, and that any violence would result in the contest being cancelled. Stanton says, "It worked out pretty good. They realised that (the gang colours) red and blue make green. "Most of them are stars but there are about three or four superstars, they just need to be polished." Reputable Records' ROBERT W LEWIS adds, "Looking at the west coast market there were no artists that were brand new. "We wanted to be able to go back into the neighbourhoods and find talent that hasn't been tapped into. "Did you ever catch a black artist from one of the neighbourhoods of LA or New York or Chicago or Atlanta that was a rapper on American Idol? "Our guys will never get a shot on a show like that. We showed them love and we showed them an opportunity." A compilation double album documenting the event, REP YO SET, is set for an October (06) release. An accompanying DVD will also be available.