Snoop Dogg needs ''a lot of weed'' and to have ''females'' around to set the right ambience for hime to write new tracks. 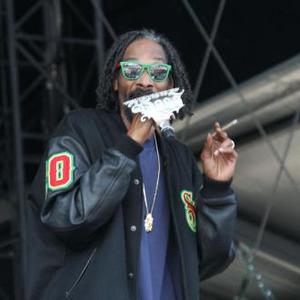 Snoop Dogg needs ''a lot of weed'' and ''females'' to write new tracks.

The 'Drop it Like it's Hot' rapper - who is now re-branding himself Snoop Lion and releasing a reggae album - says he needs certain specific ingredients to get him in the mood before he can write a hit.

He said: ''To write rap I've got to smoke a lot of weed. I need some music, old music, R'n'B, hip hop, anything that's 70s, 80s, 60s, something that's inspiring, then I've got to have a couple of females around for inspiration.''

The veteran hip-hop star may need to be under The Influence to write new songs, but he takes his art very seriously, comparing it to a sport.

He added: ''It's a sport to me, because it's like you're driving me to want to out-do you. Its like if I saw you doing a three sixty kick on a skateboard, I gotta do a seven twenty, just to outdo you. My style of rap, I'm going to say is tae-kwon-do.''

Snoop is one of a number of rappers who stars in new film, 'Something From Nothing: The Art of Rap' directed by Ice-T and featuring Eminem, Dr. Dre, Ice Cube, Q-Tip and many more. The film will be released on DVD in October.