Residents Of A Small Village In England Have Staged Crisis Talks Amid Fears An Upcoming Festival Featuring Snoop Dogg Will Cause Chaos. 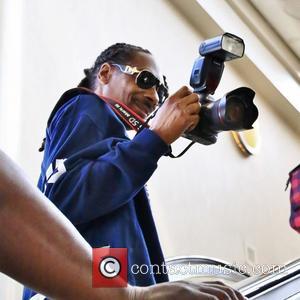 The rapper has been unveiled as the mystery 'special guest' at the Mutiny Festival this weekend (17-19Jul15) but the news has angered many of those living in nearby Fontwell, West Sussex.

They fear the inclusion of the controversial hip-hop artist will attract an unsavoury crowd who will cause disturbances and be a noise nuisance around the small village, and they have held an emergency meeting to express their reservations about the event.

One local said, "Parents with young children don't want to hear expletives being belted around the village. Snoop Dogg is probably as violent as my cat - he's very vicious. There's only 2,500 people camping at the venue, so that means there's going to be 12,000 pouring out of the venue and onto our streets at 11.30 at night. It's going to be chaos. Nobody wants a festival in their back garden and the rap racket will keep us up all night."

The festival is due to run from Friday (17Jul15) to Sunday (19Jul15) and will also feature performances from Labrinth, Chase & Status, and a DJ set from Idris Elba.