Snoop Dogg has revealed his next studio album will be titled 'Bush', and is set to be released in mid-March. 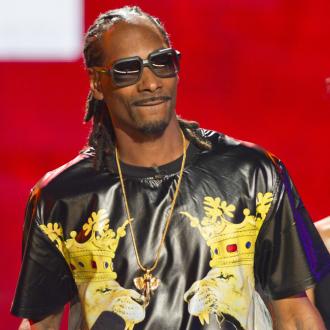 Snoop Dogg's next album will be called 'Bush'.

The 43-year-old rapper confirmed the title of his upcoming 13th solo album while at the Consumer Electronics Show in Las Vegas on Wednesday (07.01.15), also revealing fans can expect the LP to be released in mid-March.

The 'Drop It like It's Hot' hitmaker previously revealed Pharrell Williams is producing the entire album - which is being released on his i am OTHER label and Columbia Records - with the N.E.R.D. member praising the album by saying it is better than his own 2014 record, 'Girl'.

Speaking last year, the 'Happy' singer said: ''Snoop's album is better than mine. You're gonna bug out from the approach and what we did.''

The star's most recent release was 2013's '7 Days of Funk' which was created while he was using the alias Snoopzilla, in collaboration with Dam-Funk.

Snoop also hinted the material - which is believed to include contributions from Stevie Wonder and Charlie Wilson - won't sound like anything he has done previously.

He explained: ''It's a great record me and Pharrell did from top to bottom. It feels good and I'm happy to be back in the studio working with one of my favourite producers and homeboys.

''It's different - it's completely different than anything we've ever done. It feels good, sounds good, looks good.''