Snoop Dogg performed a tribute to Michael Jackson at a 'Brooklyn Loves Michael Jackson' party held in honour of the late singer in New York this weekend. 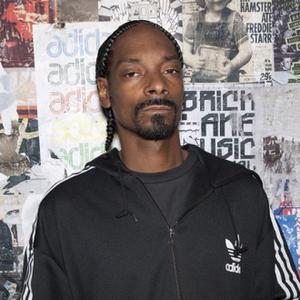 Snoop Dogg performed a tribute to Michael Jackson at a party in honour of the late singer this weekend.

The 'Brooklyn Loves Michael Jackson' event was held in New York on Sunday (29.08.10) - which would have been the 'Thriller' singer's 52nd birthday - and featured artists including Snoop performing sets of their own hits remixed with Michael's songs.

Snoop also wore a sparkling glove onstage, a replica of the type frequently worn by Michael during his career.

Of the singer's legacy, Snoop, 38, said: "His music, his spirit represented love and peace around the whole world and it influenced me and what I do, so for me to come through, it's just showing love and respect and paying homage to a great artist who meant so much to music in general and the people."

The party also included performances by New York rapper Fabolous, Warren G and a set by DJ Spinna, with participation from the thousands strong crowd encouraged.

The event was organised and filmed by director Spike Lee, who is producing a video tribute to 'Beat It' singer Michael - who passed away last June of acute Propofol intoxication - which will also be called 'Brooklyn Loves Michael Jackson'. He also held a party on Michael's birthday last year, and said he plans to make the tribute an annual event.

Afterward, one partygoer posted on site pinkisthenewblog.com: "My favorite part was when Spike handed out posters with different lines from 'Wanna Be Starting Something' like, 'You're a vegetable', 'Yeah Yeah!', and 'Ma ma se, ma ma sa, ma ma cu sa' and whenever you heard your line you held your poster up. Imagine a crowd of people just chanting and jumping collectively-it was incredible!"