Snow Patrol - You're All I Have Single Review

Review of You're All I Have Single by Snow Patrol

Snow Patrol
You'
re All I Have
Single Review 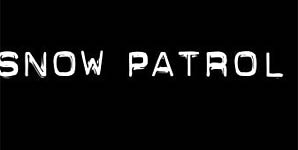 It is so easy after getting a massive hit album to come back and release exactly the same stuff on the next one. Snow Patrol have not taken that easy option, no instead they have gone in a different direction. In my opinion for the better! I am not saying that the new stuff is better nor worse, I am just saying that it is refreshing to see a band tray and take another direction in their music.

'You're All I Have' is the new single to come from Snow Patrol and is the perfect single or what? What a perfect follow up from the previous album 'Final Straw'. Yes it is the same energy, but is a gift that the band poses and shows that the band are enjoying what they are doing. 'You're All I Have' is well electric basically and if this is not another big hit for Snow Patrol then it is time to worry cause this is the kind of brilliant band music we want to hear being played on our airwaves.