Colombian Actress Sofia Vergara Is Turning Into A 'Bridezilla' As She Plans Her Upcoming Wedding With Fiance Joe Manganiello. 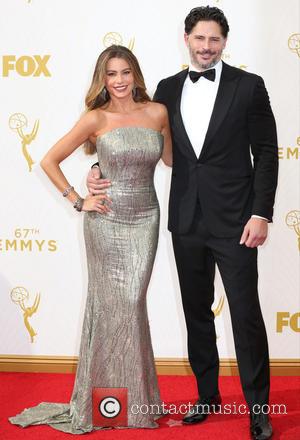 The Modern Family stunner will tie the knot with the Magic Mike hunk in November (15), and Vergara fears her demanding nature has turned top celebrity party planner Mindy Weiss' job into a "nightmare".

She explains, "We're very excited, we're almost ready. We have a great party planner, Mindy Weiss, who is taking care of everything. (But) I'm very detail oriented so I am kind of like a nightmare! I think I'm beyond (bridezilla)...! I'm really bad."

Vergara is confident everything will turn out well on the couple's big day, but there's one key aspect of her wedding day look she's struggling to control after hiring an international designer to make her custom gown.

She says, "I don't have the dress (yet). I know who's making my dress but it's not ready. They're making it far away so we'll see what happens when it arrives!"

The bride-to-be reveals Manganiello has been taking the planning process in his stride as he lets his bride-to-be do "whatever I want", but there was a moment earlier this year (15) when they considered eloping due to their hectic schedules.

She admits, "We did (think about eloping) at the beginning, we thought it's like, 'Let's not deal with this craziness', because we were super busy and to plan like, a weekend that we can both be there and have a little honeymoon or something, it was very difficult. But my family started like, having seizures and... complains, emails with bad words... (sic)! They wanted a party, they needed a party!"

Vergara recently opened up about the difficulties she has been having trying to cut down the guest list for the celebrity wedding, stating, "It's like 400 (guests). It was very hard. We said, '200 for you, 200 for me', but my 200 is, like, family, so I couldn't invite many of my friends... The truth is that he gave me some of his because I was in trouble; there were people from work that I needed to bring."

The couple, which became engaged in December (14), will reportedly exchange vows at Florida's Breakers Palm Beach resort on 22 November (15), during America's Thanksgiving holiday.